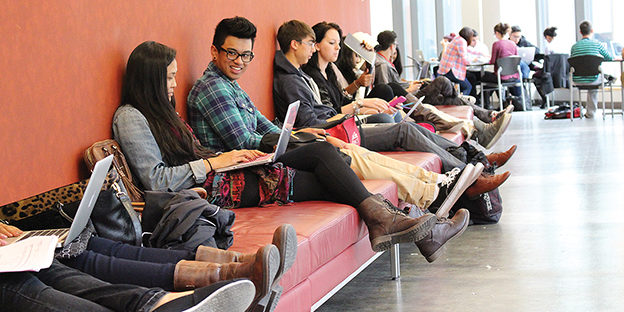 Students at the Ted Rogers School of Management may soon have rooms to spread out books and open their laptops.

With 8,000 to 10,000 people in and out of TRSM daily, free seats are hard to come by, which is why fourth-year business management student Genele Rose is starting the TRSM Quiet Study Zone Initiative to change that.

Located on the second floor in the back corridor that faces Bay Street, the room will serve as a quiet zone where students can study without the worry of loud noise and group conversations. As it stands, the space is expected to seat 30, but the final design will determine how many students can fit comfortably.

“It’s about individualized spaces that are not to be used for any type of group work situation where there is conversation or loud talking,” Rose explained.

The idea of study zones was initially raised last year, but it didn’t take off until Rose approached the facilities manager, Rita Lingner, to ask about what she could do to create these types of spaces.

With the latter being the focus for Rose, she teamed up with the Ryerson Commerce Society and the school of interior design to get the project off the ground.

With help from Ryerson interior design students, the team is in the process of creating blueprints for the project, which is set to be completed by the end of the academic year.

A final cost to build and set-up the new space has not been confirmed, but the TRSM has agreed to contribute some funds, though Lingner could not say how much. With Linger’s help, Rose is also planning to apply for grants set aside for student groups, like those offered by the Office of Student Community Life.

While students wait for the quiet zone to be built, TRSM offers a few alternatives for study sessions. With pop-up spaces and drop-in labs, students can use vacant classrooms as temporary lounges.

Last year, a system was put in place to notify students of vacant classrooms, which has worked out well.

In addition to the website postings, laminated sheets with classroom vacancies are posted on the doors of classrooms that are involved in the program.

Ahead of the completion of the Student Learning Centre, which president Sheldon Levy said should remedy the study space situation, the quiet zone will only serve students in TRSM.

Levy anticipates the SLC, projected to open in January 2015, will create thousands of study spaces for all students to use. 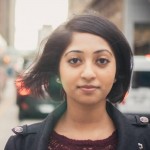