Andrew Castaneda often finds himself running to the rink at the Mattamy Athletic Centre (MAC) to play shinny on Tuesdays for an hour.

Because once the one-hour window is up, the rink is closed to students to allow the Ryerson Rams’ hockey teams to practise, giving little time for non-Rams students like Castaneda to use the facilities.

“If the general public wants to come in and play some hockey, they’re out of luck,” he said. “I’m really happy they had an idea to incorporate recreation into the overall design of this (building), but the execution is terrible.”

Castaneda, a third-year student in the urban and regional planning program, said he calls ahead to confirm rec hours are scheduled, but when he arrives at the MAC, there tends to be confusion.
“Every week I come in, they say it’s not going on,” he said.

It’s not just the rink. First-year arts and contemporary studies student Evan Burgess said while the basketball court is scheduled for recreational use three times a week, it too is often closed off from students.

“It’s annoying,” he said. “The varsity teams have too much time allocated towards them.”

Burgess said he goes to the MAC every day to ask the front desk if there’s an open gym to shoot hoops.

But the MAC caters to Ryerson varsity teams, said Abiram Pakyanathan, a MAC staff member. The recreation schedule, created by Ryerson Athletics, was made to make use of the times when varsity teams are not using the facilities.

“We try to accommodate the best times,” Pakyanathan said. “Which is between noon and 5 p.m.”

But the schedule is always subject to change for team games and practices.

“If there’s a university event taking place, we do cater to that,” said Pakyanathan.

“The dilemma is we don’t want people walking in and it’s booked (outside rec hours) and they’re carrying all their hockey equipment,” he said of letting students use the ice outside rec hours. “It’s a waste and a shame.”

Additional ice time has to be scheduled through Global Spectrum, but Baulk said he hasn’t received complaints about the current schedule. “There have been no requests for more open rec ice time at MAC,” he said.

If students are concerned, however, Baulk said he wants to speak with them.

“We’d be very interested in getting feedback and we’d be happy to add additional ice time slots if interested students would like to connect with us,” he said.

The way the athletic centre governs its facilities to ensure it’s available to both students and sports teams is not uncommon.
University of Toronto’s Varsity Centre hosts many men and women’s sports teams, including hockey, football, soccer, lacrosse and figure skating.

Kristen Shier, the centre’s booking manager, says the facility hosts daily drop-in hours so students not affiliated with a sports team can use the facilities for recreational purposes.

But not all facilities are available every day.

“Jogging (track) is open mostly Monday to Friday. Skating is three days a week and five days in the winter. It just changes based on what it is and how popular it is,” she said.

Baulk said an official schedule will be posted on the Ryerson Athletics recreation page under open rec schedule this week to notify students when the facilities will be open to them.

In the meantime, Castaneda has one suggestion for Global Spectrum and the MAC: communication.

“As far as the administration in hockey goes, if they would just talk to one another, I think they would be able to make it a much more positive experience for people,” he said.

Who has the first and the last skate at the MAC? The rink has been a hot spot for Ryerson’s sports teams to practice. Ryersonian reporter Jessica Vitullo discusses how the MAC decides when students can take to the ice for recreational skating 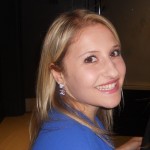