After Oct. 17, it will be legal to travel with up to 30 grams of cannabis in both checked luggage and carry-on bags, on flights anywhere within Canada.

The Canadian Air Transport Security Authority (CATSA) expects to finalize its procedures in the coming days. Suzanne Perseo, a spokesperson with CATSA, said the security of Canadian travellers is their first priority. “We continue to work with Transport Canada to ensure our procedures are consistent with the government policy on cannabis,” she said.

Prior to this, Canadians were only able to travel with medical marijuana, which had to be accompanied by medical documentation.

It may vary person to person, but 30 grams is quite the stash and it can likely last more than a week. Heavy users who frequently travel across the country may also benefit from this as well.

Nic Wieczorek, 24, who gave the Ryersonian a pseudonym for security reasons, makes around five trips a year to and from Toronto and Vancouver. He said being able to travel with cannabis will make it easier for him to fly.

“This just makes things a lot easier, especially in terms of mobility,” he said. “I could never really get used to flying, so it’ll be nice to just be able to roll a joint right after I land.”

Wieczorek said he is happy with the amount. He said he smokes around one or two joints per day and the 30 grams would likely last him two weeks.

Flying internationally with cannabis or any product containing cannabis will remain illegal, whether it’s for recreational or medical purposes. Despite the fact that several American states have legalized marijuana, it’ll also still be illegal to travel with it across the U.S. border.
The Canada Border Service Agency also states that when Canadians travel with cannabis, it is their responsibility to learn the laws of the province or territory they are going to. Provinces and territories have the ability to increase the minimum age, restrict where cannabis may be used and can lower possession limits. 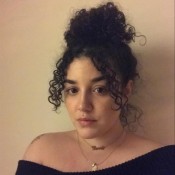 Daniela is a fourth-year journalism student currently working as the arts and life editor.

Daniela is a fourth-year journalism student currently working as the arts and life editor.