Will you prefer the Beach, or the Panoramic? Or maybe you’ll spend your time in the Garden.

The remnants of Sam the Record Man are long gone and Ryerson’s latest addition has officially taken its place.

“It’s really about giving students the opportunity to be a part of the city– as you can see we are on Yonge Street,” said  Mohamed Lachemi, vice-president academic.

Today The Ryersonian and other media outlets, took the chance to have an inside look into the new Student Learning Centre (SLC).

Here is a run through of what was seen and what can be expected in the near future.

The first floor main lobby was designed for multiple uses. It will serve as a hang out area and a potential lecture hall.

The lobby will be accessible through the library building and is expected to be used as Ryerson’s main entrance due to its Yonge Street location.

Vaidila Banelis, one of the two executive architects present for the tour this morning, suggests a lot of thought went into the space, even the tiled ceiling.

“We spent an awful lot of time developing this,” said Banelis. He adds that the ceiling consists of three-dimensional panels that were hand formed and stamped out by a machine.

But it is perhaps the ceiling’s colour that truly draws the most attention. Banelis said that its blue triangular shapes were painted by a “Japanese automatic paint.”

The entire building followed a specific multi-colour theme. Take for example, the fourth floor. Nicknamed “The Garden,” the entry room, in addition to being entirely green, will have a direct view of greenery once the snow dries up.

Colour schemes also carried into, stairwells, washrooms and even elevators.

The most toned down of the floors is the “The Panoramic View” located on the 8th floor. It makes use of pale colours and natural lighting streaming in and throughout the room’s panoramic shape. This floor will be home to numerous private study rooms, equipped with white boards and televisions.

The 7th floor’s “beach”, nicknamed for its sandy coloured floors and blue carpet, will serve as a large lounge area that also has a view of Lake Devo. The SLC shares little to no similarities with the rest of Ryerson’s campus.

Students will have to wait a bit longer to see the SLC in full.

The soft opening is slated for Feb. 23, however its grand opening will take place near the end March. 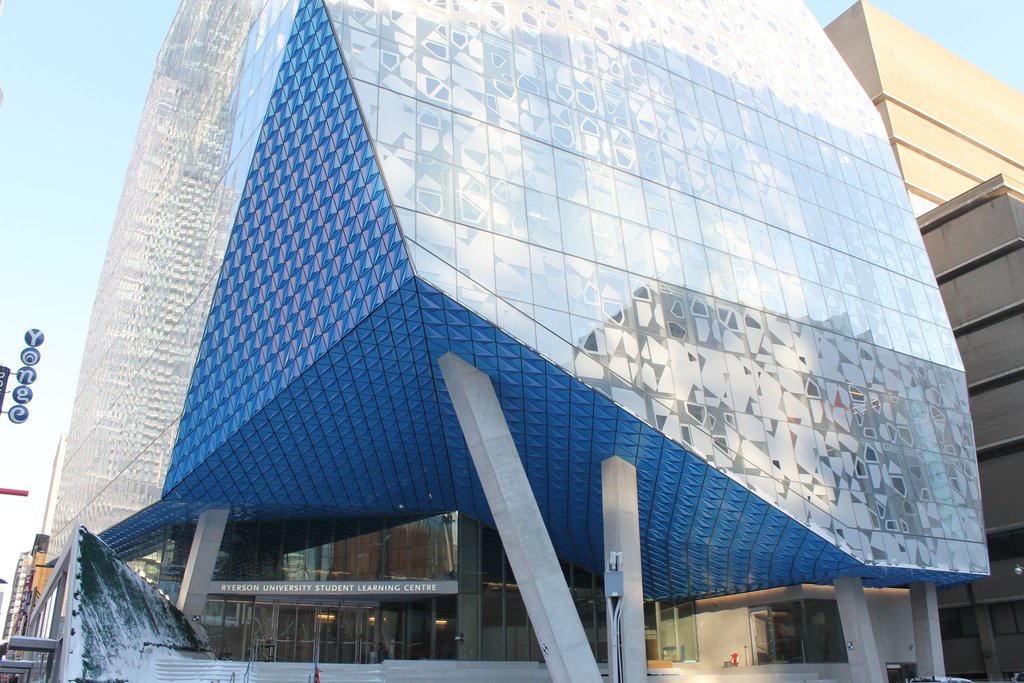 Brizi blimps at the MAC