Anyone diagnosed with mild asthma is taught how to use inhalers: shake well, breathe out, press the top, and inhale. Asthmatics can suffer from repercussions like attacks due to second-hand smoke. This is just one aspect of how crucial it is to have a smoke-free environment. This, among other reasons, has prompted the Ministry of Health to take a stronger stance against smoking.

Starting Jan. 1 2015, smoking on restaurant patios, playground and sports fields will be prohibited. Selling tobacco on university campuses will also be illegal. Though a small victory for non-smokers, the change has led to controversy and many smokers feel stripped of their rights.

In 2006, the Ministry of Health passed Smoke-Free Ontario Act (SFOA), restricting most retail advertising of tobacco–based products like cigarettes. The act also prohibits smoking in public areas like bingo halls and casinos. This led to many convenience stores and gas stations discreetly selling Matinée and du Mauriers from covered displays. Restaurants and bars eliminated designated smoking rooms. Because of its perceived success, the ministry has come up with restrictions to further reduce second-hand smoke among young Canadians.

According to the World Health Organization (WHO), tobacco products kill almost five million smokers annually and an additional 600,000 deaths result from second-hand smoke. An estimated 70 carcinogens are present in cigarettes and other tobacco products. The Registered Nurses’ Association of Ontario states, “40,000 Canadians (aged 35 or older) are estimated to die annually as a direct result of smoking.” Over 13,000 of these deaths are in Ontario.

Imperial Tobacco Canada, the largest tobacco company in the country, says “smoking is a choice that should be made only by adults who are aware of the risks.” But are these adults aware of the risks? A common misconception among smokers is that minimal cigarette use causes less harm. Many scientific studies, funded by tobacco companies, claim that there is no significant link between smoking and cancer. Tobacco companies also advertise mini-cigarettes, discount cigarettes and smokeless tobacco products as safer alternatives for smokers. However, all these products contain toxic chemicals and carcinogens.

The Canadian Children’s Rights Council states that 80 per cent of teen smokers get addicted and are unable to quit before graduating high school. This is despite tobacco sales to anyone under 19 being prohibited. Furthermore, infants and children can develop bronchitis and respiratory problems if constantly exposed to second-hand smoke.

Smokers argue that the changes infringe on their rights.However, thousands of Canadians never made the choice to inhale second-hand smoke.

By blowing smoke into the air, smokers are polluting the rest of the population’s right to breathe clean air. 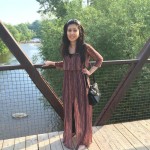