BREAKING NEWS
Ryerson science departments give medical supplies to Toronto hospitals fighting COVID-19
Toronto’s global climate strike moves online
A diary: what it was like leaving residence due to COVID-19
How to study at home for exams
Student groups are taking out the social from social distancing
Rams AthleticsSports

Snitches, stitches and without riches

Ryerson competed in the third-annual Quidditch Canadian Cup on Saturday in search of a berth at the upcoming World Cup in April. They left with their brooms – and tails – between their legs.

Ryerson’s entry in the 16-team competition struggled to keep up with other eastern-based Canadian universities. In one of its three round-robin games, the team lost 260-0 to the Ottawa Gee Gee’s, the eventual winners of the gold-foil wrapped maple syrup bottle awarded to the tournament’s champion.

“We didn’t have a great showing, but…it was a good team building thing,” said Jesse Savoy, a fourth-year business student now in his second year as a member of the Ryerson quidditch team.

While the squad has a lot of work to do to compete with the top teams, last weekend is proof that the “sport” of quidditch isn’t as easy as Harry Potter made it look. At the Cherry Beach Sports Complex, players from across North America fought through a day of abysmal weather, thunderous collisions and multiple injuries in search of victory.

“In general we’re friendly people, [but] it can get aggressive sometimes,” Savoy said.

Player intensity and passion may come as a surprise to those unfamiliar with the sport, but quidditch is quickly catching on in the mainstream. Played in more than a dozen countries, the sport was even depicted in the recent film The Internship.

Quidditch also has its own governing body. The International Quidditch Organization – founded in 2007 to promote intercollegiate play in North America – now has over 1,000 teams and strives to gain greater respect for the sport worldwide.

“I think when people first hear that quidditch is played as a real sport they picture it as sort of live action role-playing – like Harry Potter fans living out their fantasy,” said Alex Benepe, CEO of the International Quidditch Organization. “It’s actually a very intense sport. People play very hard, they train very hard and they spend a lot of money travelling around to tournaments.”

Along with Ottawa, Carleton and McGill earned berths in April’s World Cup. Taking place in Myrtle Beach, S.C., it’s the largest quidditch event in North America with over 200 of the best university teams competing from around the globe.

But the future growth and success of quidditch lies in its ability to reach a broader audience.

“I think it’s the type of sport you need to see to believe.” 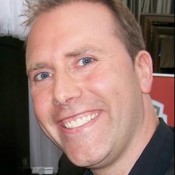