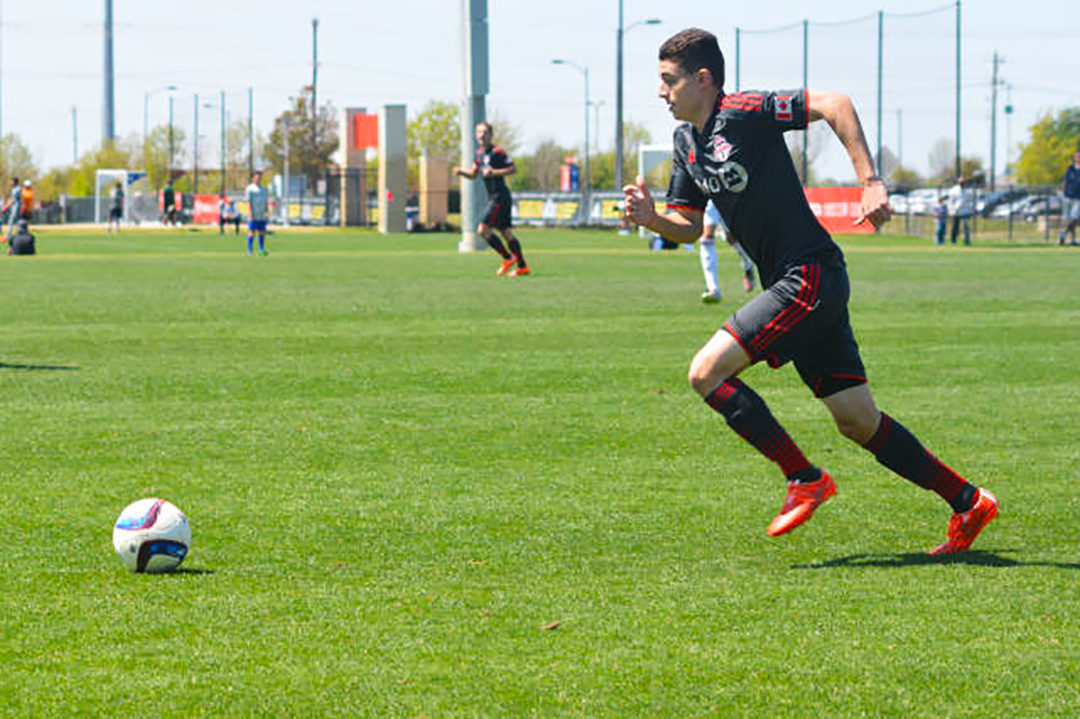 The Ryerson Rams women’s soccer team announced its first wave of 2016 recruits on April 8 and three members of the recruiting class already share a unique bond.

Erin Dicaire, Madison Foote and Lindsey Hoffman all won a national club championship together with Darlington Fusion SC in 2014.

“(Foote) has great vision on the field and will add size to our midfield, which is an important asset to compete in the OUA (Ontario University Athletics),” said Tina Cook, assistant coach for the Rams.

“She has the ability to make the critical passes that penetrate defensive lines.”

Hoffman and Foote are entering Ryerson’s biomedical science program this fall, while Dicaire will study biology.

“Both the team and the people at the school were all really welcoming,” said Hoffman in a press release.

“The school is beautiful, and being in downtown Toronto is where I want to be. I look forward to playing with the girls for the next four years and making lots of lifetime friendships.”

On the men’s side of the field, the Rams received a commitment from their first recruit of the 2016 class, Andrew Dias.

The left back defender has played with Toronto Football Club Academy, was named to the Canadian Under-17 national team and competed at the Confederation of North, Central American and Caribbean Association Football Under-17 Championship in 2015, where Canada placed fifth.

“Andrew is the exact type of person and student athlete we look for to join our program,” said head coach Filip Prostran in a press release. “From his attitude and coachability to his academics, I think Andrew has a chance of really making an impact in his first year.”

Dias will study hospitality and tourism at Ryerson in the fall.

“(Ryerson has) a great support system that ensures their players excel in both athletics and academics,” Dias said.

“I have not even started attending the school, yet I feel like I am already part of the family.”