University students in Toronto are still coming to terms with the recent terrorist attack in Mogadishu, Somalia that killed at least 300 people.

Asha Amin, a third-year business management student at Ryerson, whose parents grew up in Mogadishu, said she heard about the attack while she was at work and sitting with another Somali woman.

“I was speechless to the point that I couldn’t even share my thoughts of the attack with her at that moment,” Amin said.

On Monday the BBC reported that Mohamed Abdullahi Mohamed, Somalia’s president, has blamed militant group al-Shabab for the attack.

Amin said the news made her parents’ experiences in the 1991 civil war in Somalia seem like a distant memory.

“The current condition Somalia is currently facing has an effect on me, which only triggers the amount of determination and hard work Somalia will need in order to be a safe country for those who continuously struggle and live in Mogadishu,” Amin said. 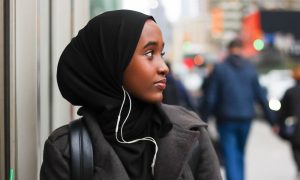 “I feel like the livelihood of our country is being taken away by this terrorist attack,” she said. “Many are killed, many people injured, and many don’t have a place to get proper treatment, and the safe ones live in fear. If there’s a time our country needs help most, it’s now.”

Abdulle said she is hopeful that Somalia will eventually become a safer place to live.

“Despite the ongoing bombing attacks and poverty in Somalia, I am hopeful that Somalia will develop greater advancement and become a safe place for the future generations to come.”

Emmanuela Alimlim, president of the East African Students’ Association at U of T, expressed her sadness about the attack.

“There are young ambitious students like us whose lives were cut short, parents without children, children without parents,” said Alimlim. “The magnitude of lost lives of anybody is quite dark. We strongly condemn these kind of attacks in African countries and we are doing what we can, by being in solidarity of those who lost their lives.”

U of T will hold a vigil to honour the victims of the attack Oct. 20 at 6 p.m. at the King’s College Circle. 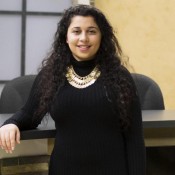