If Ryerson had a feminist book club, the required reading might include the new digital relaunch of Sophomore magazine — an independent platform that kick-started as a capstone/post-grad project.

Stephanie Rotz and Kiersten Hay are the recent graduates of Ryerson’s fashion communication program who came up with Sophomore, a magazine for 20-somethings, over brunch. In August of 2014, they recruited Jeanine Brito, a student who was about to begin her final-year capstone project, to bring their vision of Sophomore magazine to life.

As it all came together, Rotz said it “felt like fate.”

What was initially a full-colour glossy — complete with 160 pages of intelligently curated voices that ranged from fashion spreads to personal essays — has since been reformatted to reside in the digital sphere (with no shortage on glitter).

“Young creatives are ridiculously hard-working, because so often we’re balancing a paying job — maybe it’s a nine-to-five, maybe it’s contract work — with our passions,” Brito said. “We do it because we love it.”

For all three women, feminist thinking was cultivated prior to their studies at Ryerson, although they credit courses such as Suffragettes to CEOs and Women, Power & Politics for complimenting their post-secondary studies with feminist theory.

“I think a lot of young people are just sick and tired of being fed the same capitalist beauty ideal and we’re smarter than that,” Rotz said. “The people being sold to are wildly misunderstood by the people trying to sell it.” 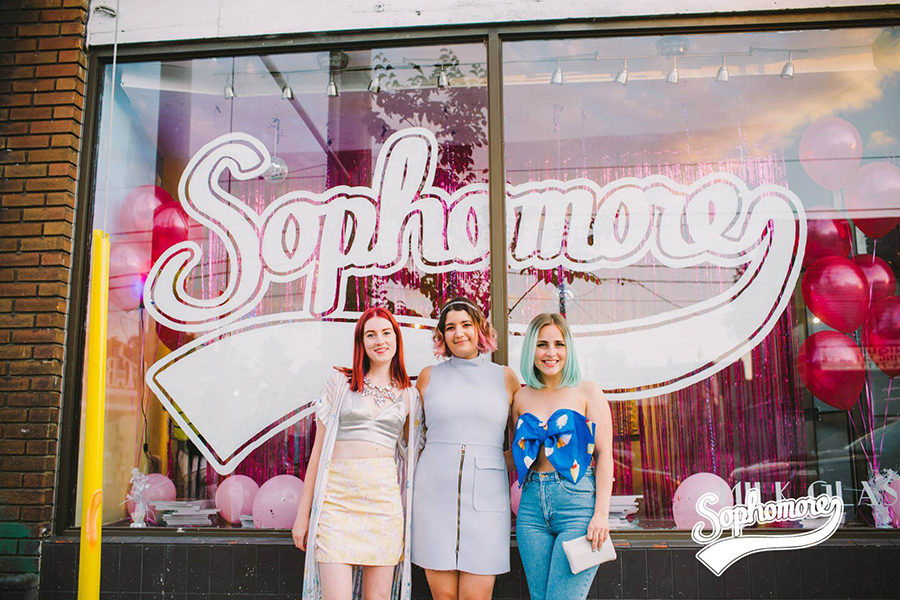 Ben Barry is an associate professor for the fashion program and the founding director of the Centre for Fashion Diversity & Social Change at Ryerson University.

He said that traditionally, mainstream media focused on selling to women and representing those women in a “stereotyped and subordinated way.”

But it’s because of this mentality that independent magazines have an advantage.

“They’re creating the publishing business models of the future — the foundation being the social enterprise model,” Barry said. “It’s about having a mission that’s tied to making the world a better place that advances progressive, sustainable values.”

Brito said that Sophomore fleshes out the idea of “inspirational versus aspirational.” It provides millennials with a platform that diverts from standards set by mainstream fashion, such as unattainable beauty images and ones that are financially far-fetched.

“Visually, we developed an esthetic that aims to deconstruct and subvert typically feminine signifiers — pink, glitter, etc. — to change their meaning from oppressive to empowering,” Brito said.

“No one face, person, or experience can sum up the Sophomore mentality,” Rotz said. “We’re a team.”

Since going digital, Sophomore has expanded its self-titled “babe crew” to a team of 11 women, including two digital designers, a video editor and a visual curator. 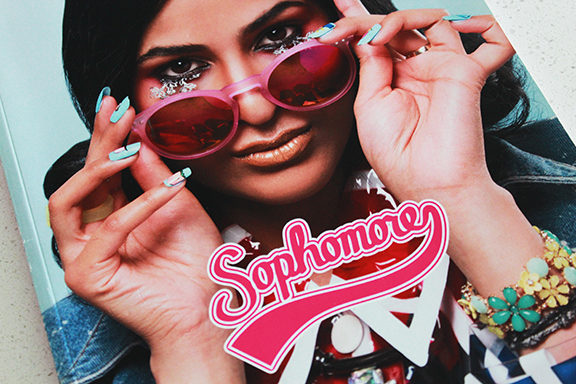 As their market and demand has grown internationally, the price of printing and shipping followed suit.

Digital platforms currently account for five to 15 per cent of the overall revenues of media giants — such as Rogers and TC Transcontinental — according to the Alliance for Audited Media, a non-profit organization that promotes media transparency. Those numbers are expected to rise over the next few years.

While they’re not yet ruling out generating a print version again in the future, their current focus is to empower females and widen the #girlgang (“sophobabes” as they call them), online.

“It’s unique in that it is democratic — a 20-something body-positive woman of colour can be whomever she wants to be, and have twice the followers on Instagram as a traditional white male-owned media outlet,” Brito said. “This is so important for young women as every aspect of our lives is coded according to constructs surrounding gender, race, sexuality, class, etc.”

Following communities such as Man Repeller and Rookie, Sophomore plans to continue to develop a larger dialogue around the importance of female collaboration, said Rotz.

“It’s important for women, people, and friends to work together and create safe, loving spaces.”