The growing science faculty at Ryerson is running out of resources.

New professors are being hired, departments within the faculty are being created and more students are applying each year.

But according to staff of the three-year-old faculty, its expansion is outgrowing the space it has and progress is being limited.

Ryerson president Sheldon Levy says that creating more space for the faculty to work is the school’s top priority in terms of expansion.

“As science knows, and as the university community knows, the highest priority in our capital plan is for the Faculty of Science,” Levy says.

“Without a doubt, the biggest issue facing the science faculty at Ryerson right now is that there is not enough space,” says Stephen Wylie, chair of the department of chemistry and biology at Ryerson.

Wylie says there could be new laboratories and classes to be taught and more students accepted into the programs, but there’s not enough room to accommodate them.

Ryerson’s campus is in the downtown core and, unlike some of the larger universities in Canada, doesn’t have open fields on which to construct new buildings. For Ryerson, space comes at an expensive premium.

The Faculty of Science currently teaches classes in Kerr Hall and the Cineplex theatre complex.

It has laboratories in Kerr Hall South and West and offices in the Victoria Building. These buildings aren’t laid out in a way that is suitable for conducting research or teaching science, according to Imogen Coe, dean of Ryerson’s Faculty of Science.

She says that the issue impacts her faculty more than others because of the nature of the work conducted.

Securing places to accommodate students and labs for professors poses many obstacles, which means the department has to get creative.
For instance, Ryerson partnered with St. Michael’s Hospital last year.

A floor in the hospital’s research tower is being used by the university to host biomedical and medical physics researchers.

The university is also looking into leasing some research space at a nearby MaRS Discovery District building on College Street.

The fifth floor of the innovation hub facility would give 18,000 square feet to the faculty for about 12 professors from Ryerson’s new biomedical sciences program.

According to Levy, the university will put more than $5 million into getting that space ready.

“The only building we could find anywhere near the university that could handle … the laboratories is MaRS,” Levy says.

According to Levy, the school also considered the Elizabeth McMaster Research Building, previously occupied by the Hospital For Sick Children.

“But at the end of the day,” he says, “(Sick Kids) left for a good reason. The building wasn’t good enough for the labs.”

The university also submitted a proposal to the provincial government last fall that included a request for the construction of a science and innovation  building. The building would be constructed at the site of a parking lot at Jarvis and Dundas streets.

“We’ve got a… microscope coming in that costs almost half a million dollars and (have) no place to put it.” – Botehlo

But every university in Ontario submits one of these calls for capital infrastructure proposals to the government each year, and only a handful receive funding. Money is allocated based on need and how much the government is willing to spend. It’s no guarantee for Ryerson.

For now, professors have to make do with what they have — and for some, it’s not much.

Michael Arts, a professor in biological and chemical sciences, has been at Ryerson for just over a year, and has little room for himself.

“I don’t have a lab of my own right now,” Arts says. “I have been given a little bit of space because of the kindness of another professor who said I could use approximately one-third of her lab.”

The lack of space is also making the storage of important equipment difficult. Biochemistry professor Roberto Botelho experienced this first-hand.

“I used to be in Kerr Hall and I got a microscope that cost $150,000 and we had no space to put it,” Botehlo says. “We had to put it in my office. Now we’ve got another microscope coming in that costs almost half a million dollars and (have) no place to put it.”

“They’re not making it up, and they’re not exaggerating,” Levy says.

Coe says that the faculty must wait for the government and the university to give them the space they need and make do with what they have now.

Levy agrees it is an important issue and says it’s in the hands of the government now.

“Everyone is really aware of the problem and the challenges with (the faculty of) science,” he says.

“And I think a lot of it has to do with its great success.” 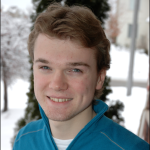