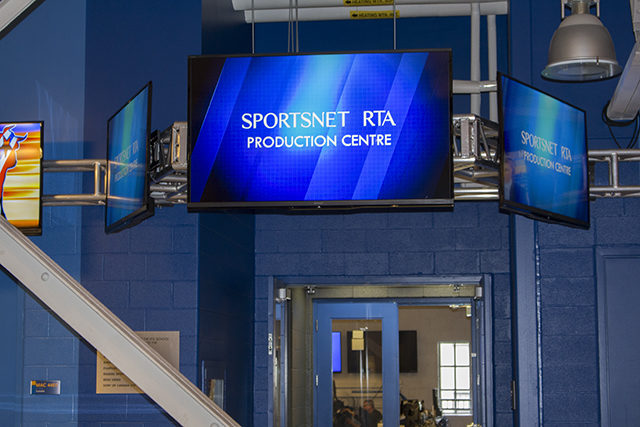 The Sportsnet RTA Production Centre comes with a price tag of more than $1 million dollars  so far. (Laura Calabrese/Ryersonian Staff)

An old storage room in the MAC is now home to a state-of-the-art production centre, with a price tag of over $1 million and climbing.

The Sportsnet RTA Production Centre was built as a part of the RTA School of Media’s newest program, Sport Media, which provides students with access to the latest in production technology.

“We want our Sport Media students to feel like this is their base,” said Shawn Haswell, manager of production and facilities for RTA. “They will be able to have OneCard access and come in to do their work. There will be editing stations and computers set up, so they can just come in and check their email, file a story, or check footage.”

The switcher — which is used to select or combine different video and audio signals — is brand new and top of the line.

“I think we’re number five (to own the technology), and the first … was the Buffalo Bills,” Haswell said.

While the new facility is connected to all the cameras at the MAC, it’s also connected to the Rogers Communications Centre (RCC). That means that, during coverage, students will be able to throw back to a live reporter in the RCC studio, or switch back and forth between spaces.

“The facility, the way it’s been designed, while it is professional-level technology, it is also set up pedagogically so that it is a good learning environment. So that instead of a little table with four chairs, the whole class can actually be in the room and connect with the equipment,” said Charles Falzon, RTA School of Media chair.

A second control room, RTA Sport Media control room B, overlooks the basketball court. If games overlap, students can cut and control both events at once.

Athletics covers the games with a two-camera setup from concourse for hockey, and from the balcony for volleyball and basketball, sports information co-ordinator Jim McLarty said in an email. GoPro cameras are also in the penalty box for use during hockey games.

The new facility will allow both students in the program and the athletics department to broaden the scope of their production beyond what is possible at other universities.

McLarty said athletics can now “capitalize on the fact that the building is now broadcast-ready, something most other athletic departments in the OUA (Ontario University Athletics) won’t have with their facilities.”

Ivan Joseph, director of athletics at Ryerson, sits on the advisory committee and works to build the partnership between athletics and RTA for how games are covered.

“I look at the athletic department as almost a working laboratory for those (Sport Media and Ryerson’s athletic) students,” he said.

“We already have the reputation in the media industry and now we’re adding the sports piece to it. And what better venue to do that in than in the most iconic building in sports history?”

Eventually the facility will be used to cover concerts, press conferences and other events that take place at the MAC.

“We now have a large number of students on campus that are here to learn about sports broadcasting. These students are eager to learn and want to be involved in our broadcasts,” McLarty said. “And they are passionate about it.” 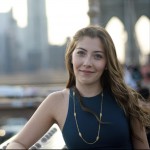