There are certain times when it’s appropriate to use the term whitewashed — when referring to Hollywood’s casting or mainstream media representation, for example. But using it for a person of colour, thinking they’re acting “too white,” is definitely not one of those times. 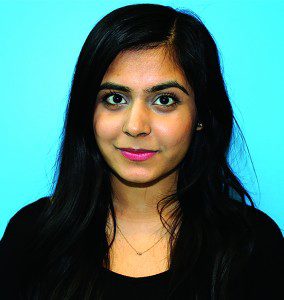 This month a friend was introducing me to someone who later asked what my ethnicity is. I’m Indian, but my friend said, “She’s pretty whitewashed though, she’s like basically white.”

Well, no, I’m really not. I may choose to go by Deeps instead of my full name, I may have a standard Toronto-girl accent and I may have been dating a Greek guy for two-and-a-half years, but there is certainly no way I am “basically white.”

I speak mostly Hindi at home, I eat Indian food every day, I see Bollywood movies in theatres, and I’m one of the only Hindus I know who doesn’t eat beef.

My parents still don’t know about my boyfriend, because, like many South Asians, it’s been instilled in me since birth never to upset them. This is far, far away, from being “basically white.”

An ethnic slur is defined as a derogatory term that insults others based on race, ethnicity or nationality. It baffles me that several people don’t consider whitewashed to be a slur, because that is exactly what it does.

Why is it so normalized to call a person whitewashed?

Many don’t realize it’s rude to do so. It’s awful, especially when you likely don’t know everything about them, to insinuate that someone has abandoned his or her culture in order to assimilate with the Western world. And that is what using such a term does.

When I say I live in Aurora – a town with a South Asian population of less than five per cent – I’m often told I must be whitewashed because I don’t live in Mississauga or Brampton, where most of the Indians in the Greater Toronto Area are.

But those people don’t know that I actually still live in a Hindu joint-family system, where many generations live in the same home.

I’m tired of being told I’m too whitewashed or not brown enough, especially while others can easily find me to be too Indian. I know I’m neither of these things, because I’m Indian-Canadian. Why should I have to be more of one than the other?

Though I immigrated to Canada at the age of seven, I came from Dubai, not India, and I was immediately accepted as the cool, new kid with the British accent.

I moved to Aurora towards the end of high school, when everyone had an established group of friends. Being the new, awkward brown girl was a difficult experience for me. It was the first time I felt excluded or self-conscious because of my skin colour.

In my second year at Ryerson – a university celebrated for its diversity – I joined a South Asian student group. I wanted friends who were like me, who understood my bicultural identity, but sometimes I was considered to be one of the group’s most whitewashed members.

Being called whitewashed made it seem like I was different, like I wasn’t proud of my racial heritage. I ended up quitting halfway through and my relationship with the group ended on bad terms.

Now I think I didn’t put enough effort into being part of the group because I never truly felt accepted amongst them.

When you call someone whitewashed, it belittles the struggles and experiences they have had. It patronizes them for not fulfilling their ethnic stereotypes.

It even implies that the life they’re living is something reserved only for those who identify as white.

Don’t call me, or any other person of colour, whitewashed — especially when you don’t know their full story.

I love India, I love Canada, and I’m proud of both my cultures. I will not choose between them, but that doesn’t mean I’m “too brown” or “too whitewashed,” it just means I’m fortunate enough to take the best parts of both worlds. 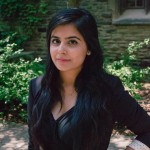 Ryerson sports: a year in review