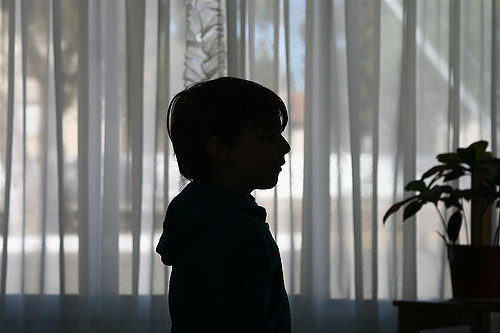 I got into the biggest fight with my dad when I was nine years old.

It went like this: I’m sitting on the couch in our living room, eyes glued to my yellow Game Boy Color — likely mid-battle in Pokémon Crystal — and my dad calls my name.

All of a sudden, my Game Boy is out of my hands and on the ground with a cracked screen. I consider running away after dinner.

Over a decade later, I laugh whenever I think of this story. But in the moment, and at that time in my life, it was the most traumatic thing to happen to me.

I didn’t understand why my dad would ruin something he bought for me or why he’d get so mad about me playing video games.

In my dad’s eyes, I was so consumed by a screen that I had no idea what was going on around me — and he didn’t like it.

Growing up, I believed my parents were far more strict than my friends’ parents.

We were only allowed on the computer for a couple of hours every day — mind you, this was during the dial-up days, so any longer meant more missed phone calls — and we had one television in our house with the most basic cable package Rogers offered.

I mean, imagine showing up to school with no idea who Hannah Montana was because you didn’t subscribe to the Disney channel. It was a tween girl’s worst nightmare.

I thought this was the worst-case scenario until I was 16 years old and babysat one of my high school teacher’s kids.

They had a TV but no cable, and if the kids and I wanted to watch a movie, we had to pick from pre-approved choices.

These choices consisted of Nancy Drew, Harriet the Spy and the entire Free Willy franchise. I saw Mean Girls on the shelf, but one of the daughters told me she wasn’t allowed to watch it until she was older. She was 13.

Turns out, this parental media monitoring is pretty common. A friend of mine told me about a media professor of hers who doesn’t let her kids consume mainstream media.

I’m not a parent and I’m not trying to bash anyone’s parenting style, but it’s mind-blowing to me that there are children in the western world who may have never watched a movie or played a video game. Even my cousins in the Philippines could tell you who Justin Bieber is.

I think it can be detrimental for children to be completely sheltered from media.

Imagine your whole childhood being restricted to books and pre-approved movies, then going off to high school or university and suddenly being exposed to every type of media possible.

It would feel like a culture shock. And as trashy as a lot of pop culture is, some of it can be educational.

It’s fine to monitor the things kids watch; I mean, the last thing I wanted to see as a kid was a full-on sex scene or people shooting each other with machine guns.

But sensationalized or not, film, music and books are based on reality.

Keeping kids in the dark when it comes to media is like creating a world where nothing “bad” exists.

What I learned at Ryerson: Work to your maximum capability