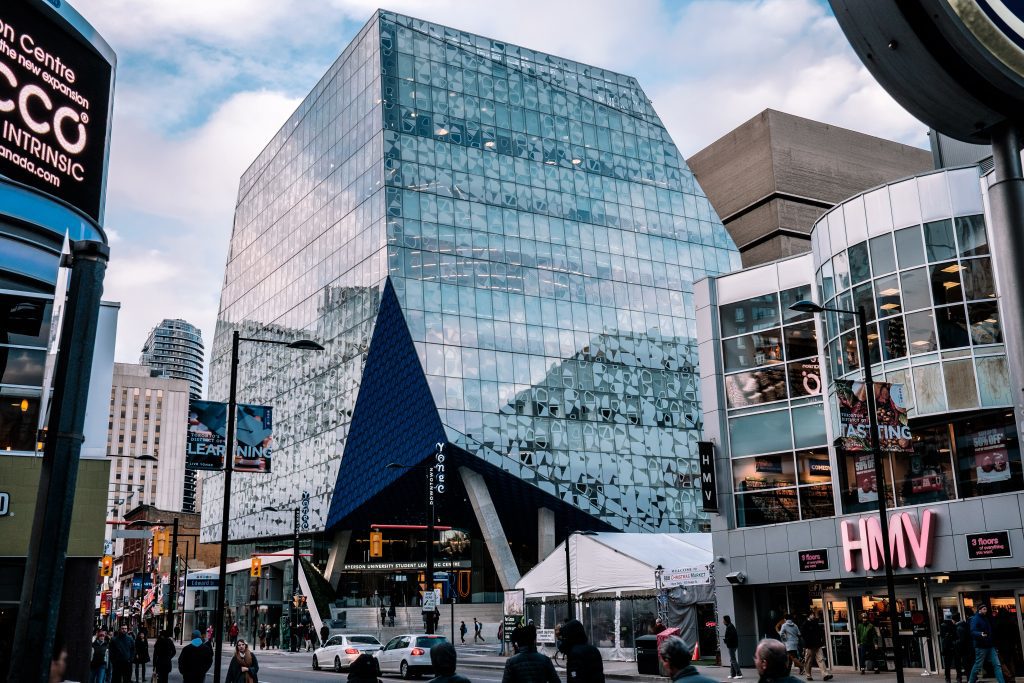 Most often, student societies collect student levies and additional funding from their respective deans’ offices to pay for events like orientation. They also distribute funding to student groups.

This is larger than the RSU’s income of $2,338,950 by about $28,700. The RSU also collects student levies and supports student groups, events and initiatives at a university-wide level.

The TRSS, which operates under the Ted Rogers School of Management (TRSM) wasn’t able to provide the Ryersonian with its budget at publication time. TRSM is the largest faculty at Ryerson and its enrolment of 9,800 full-time undergraduate students times the $60 levy per student equals a levy income of $588,000.

The RCDS, RESS, RSS and RLAS each pay about $60 to their student societies through tuition. Students in the department of Architectural Sciences pay $100 to RASS.

TRSM students pay $60 to TRSS but a vote at the next board of governors meeting could increase their levy to $110 per student.

On average, the student societies spend about 8 per cent of the total income on orientation. This percentage does not include Ryerson’s Architectural Science Society (RASS) because they have yet to host orientation events for the architectural sciences department.

TRSS budget is not public

Budget disclosure is a mixed bag. Some societies make them available on websites, others provided them when asked. Spending is at the student society’s discretion, but the deans of each faculty ultimately oversee spending in each student society according to documents described at a board of governors meeting in the spring of 2017.

TRSS is the only student society at Ryerson that does not have its budget available for all students and faculty to see. TRSS vice-president of finance Jasdeep Dhaliwal said the board would provide a “modified” version of its budget to the Ryersonian although he did not say what items would be included or not.

Currently, students in the business school can request to see the budget or view them at public meetings said TRSS president Nav Marwah.  “It’s never been available to the whole public of Ryerson University because they’re not part of our mandate as a membership,” he said. 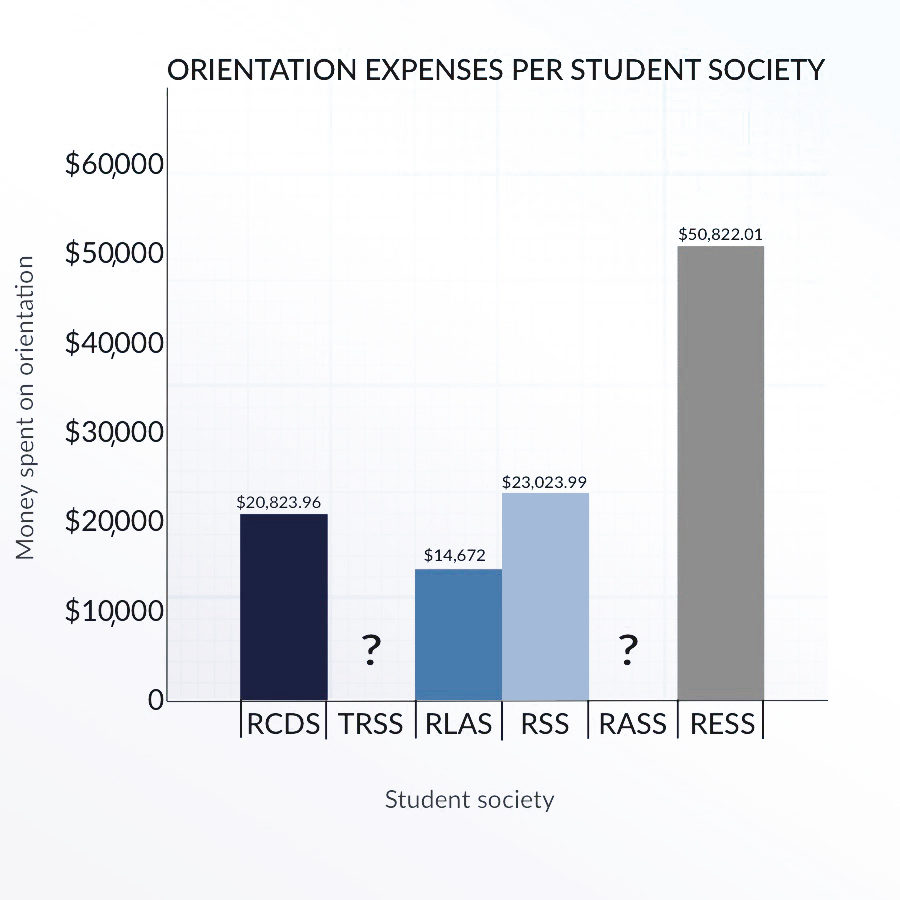 A graphic depicting what some of the six Ryerson student societies – RCDS, RLAS, RESS – spent on orientation. Infographic by Spencer Turcotte

“Transparency is really one of the things both the RCDS and the dean’s office really believe in,” Newman said.

Since a student film project that received $20,000 from RCDS in 2015 there has been increased scrutiny on spending said RCDS vice president of communications Kelly Kitagawa. Spending on individual projects is limited to $10,000 and proposals need to be detailed.

“We’re not giving you any money unless we see what it’s going towards. And we verify that…It has to be very specific based on the budget that you pitched and [broken down by] line items,” Kitagawa said.

Generally, the student societies aim to distribute the funds raised through student levies so that students are getting value from the society according to executives but there are exceptions.

“Whatever money we get we have to spend it on the students. If there’s a [high] rollover, it’s a  weakness on the society,” said RESS vice-president of finance Ali Asad.

But this is easier said than done sometimes. RLAS has a projected income of $355,848 with about 29 per cent retained income from last year. RASS has a budgeted income of $83,043, with a carryover of about 48 per cent as of April of last year but that number could be lower due to pending expenses.

RLAS vice-president of finance Billy Wahab said the board wasn’t pleased with the high carry over, but he didn’t start his role until November so funding wasn’t properly distributed for two months. He also said their vice-president of events resigned, which prevented an additional $10,000 from being spent.

Newman said it’s helpful to have carryover from the previous year because it covers expenses like orientation since student societies don’t receive levy until the semester has started.

Details about the TRSS budget are unknown until they make them available.

By Melissa Bennardo and Spencer Turcotte