Owen Osinde, CEO of Sneakerdeck, and Jasem Ahmady, lead of operations and design, at the Branded TO competition April 8. (Courtesy Sneackerdeck)

When Owen Osinde was fired from his job after two days because he didn’t fit into the culture, the entrepreneurial fire inside of him only burned brighter.

“I wanted to push myself to the next level and that’s when I thought of Sneakerdeck,” Osinde said. “What if there was an app for sneakers? People talk about sneakers, being able to buy and trade sneakers and I just played around with the idea.”

After doing some research and seeing the wave of social e-commerce, Osinde, now a second-year entrepreneurship student at Ryerson, decided to run with the idea. He sketched the app, started a business plan and pitched it in front of his entrepreneurship class. Jasem Ahmady, a second-year Ryerson student studying marketing and entrepreneurship, loved the pitch. He is now Sneakerdeck’s lead of operations and designer.

“I met Owen in class and I found him to be very inspiring and a great leader,” Ahmady said. “I saw the opportunity and I grabbed it by the scruff of the neck.”

Sneakerdeck aims to be the go-to social platform for people who love sneakers, also known as “sneakerheads,” and is set to launch in two months.

Ahmady says sneakerheads face a huge problem buying sneakers online because, until the shoes arrive, buyers have no idea whether they are authentic or not. That’s because pictures of the shoes could be stolen from anywhere.

Sneakerdeck plans to solve this problem by being the middleman between buyer and seller.

“We get the buyer to send us the shoes,” Osinde said. “We feel the shoe out, see the sole, see the strings and see if it’s a genuine pair, and from there, once we’ve found out if it’s real, then we send it to the buyer and let the payment go through.”

With a pair of Yeezy sneakers going for $900, Osinde says “you don’t want to pay $900 and find out that it’s fake.” Sneakerdeck is making that safety a priority, and making sure everyone is getting an authentic pair.

Its users will be able to “deck” shoes by saving them to collections on their profiles, buy and sell sneakers, follow other users and  like and comment on products.

The grand vision for Sneakerdeck isn’t about reselling, though. It’s about connecting with top sneaker brands in a social way. The team aims to get in contact with big brands so users can follow their favourites, scroll through the app to see what’s new and buy sneakers straight from Sneakerdeck.

“Us bringing that traffic to the store and people actually converting those to purchases, we’re going to make money like that,” Osinde said. Other revenue streams will later include advertising, affiliate links and transaction fees.

Right now, the team is building credibility so they can establish a user base and approach brands such as Nike and Adidas, Ahmady said.

Four people make up the Sneakerdeck team, including Osinde as CEO, Ahmady, Ryan MacDonald as front-end developer and Seqian Wang as back-end  developer. MacDonald is also a lead developer for Shopify. Osinde and MacDonald met while Osinde was a fitness advisor working at a referral booth at Goodlife Fitness and the two became friends. Wang moved into Osinde’s house and loved the idea of Sneakerdeck, and The whole team officially came together last January.

“We’re only four people, but we believe that we’re the perfect team for Sneakerdeck because our personalities match, our skill sets go really well together and we all believe in real, tangible progress,” Ahmady said.

Sneakerdeck won $5,000 last week at Branded TO, a competition focused on providing opportunities to people of colour and immigrants through workshops given by top business executives.

“I wanted to learn from these people, because I believe in learning every single day and getting better,” Osinde said. The group rehearsed the pitch day and night before the competition, telling a story about a fictional character called David.

“He loves sneakers. He has at least 20 pairs of sneakers in his closet. He loves buying and selling shoes, and one day, he goes to Footlocker on a Saturday morning and he can’t get the shoes he wants because they’re sold out, so he goes to eBay and finds a seller … only to get them and realize they’re fake shoes. People fall victim to this problem all around the world,” Osinde said.

The prize rested on 60 per cent for the judges’ votes and 40 per cent of audience votes. Ahmady said Sneakerdeck’s pitch got almost all of the audience’s votes.

“They were roaring after the pitch was done,” Osinde said.

Sneakerdeck is set to start off in Canada and will eventually move to the United States and Europe, which Osinde says are huge sneaker markets that need to be tapped.

Their focus right now is growing a user base. Within two and a half months, they’ve received 400 signups before the app even launched. “We’ve been approaching sneakerheads in person, so whenever we see a line in front of Footlocker, we make sure we talk to all of them,” Ahmady said. “We know exactly where our customers are going to be.”

This summer, classes let out and the team has more time to focus on the business, so they’re expecting big things. “We see this as our career, something that’s going to help us start into the entrepreneurship world and provide value to others,” Osinde said. “We’re all doing this together. We all want to make something great. We’re dreaming big.” 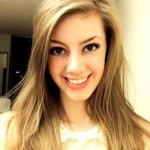