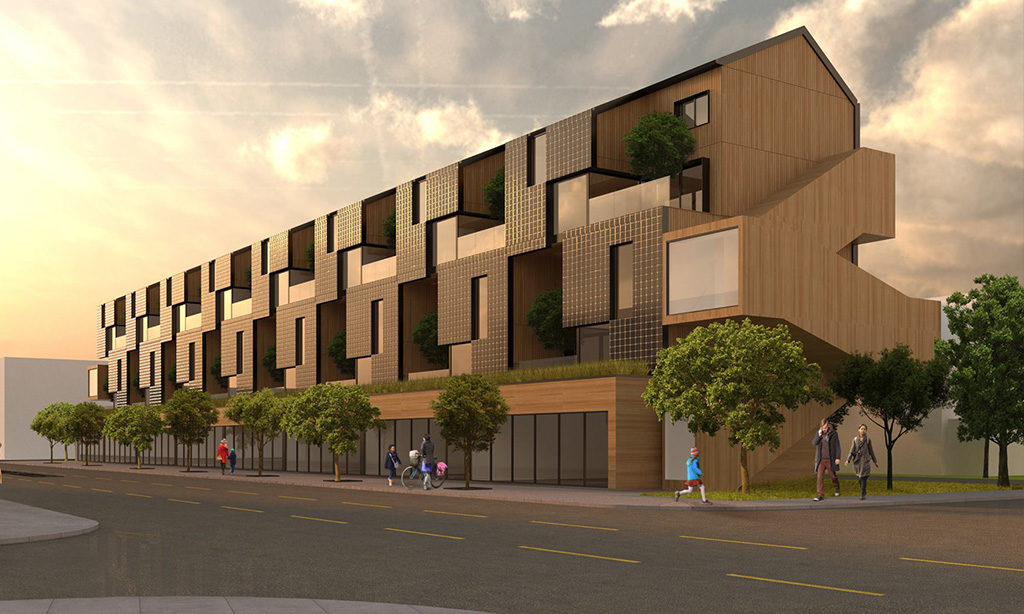 Students from Ryerson University, Seneca College and the University of Toronto have come together to build an environmentally sustainable condominium.

The team is called ECOstudios. The condo is called the solarBLOCK and is designed for urban living.

It works by drawing energy from the city’s energy grid but on a yearly basis it will give just as much energy back, making it a “net-zero” building. The condo is also going to be built out of as much organic material as possible to minimize its carbon footprint.

The end goal is to build the house on the Living City Campus at Kortright, located in Woodbridge, Ontario.

The participants involved in this project range from undergraduate to graduate students.

These students volunteered for the project for the chance to network with companies and get experience building a sustainable home for the first time, said Umberto Berardi, a professor in the Faculty of Building Science at Ryerson University.

All three university faculties are playing a supervisory and advisory role. Berardi was recruited into the project based on his prior experience in a competition for net-zero housing that takes place in China every year called the Solar Decathlon.

The project was originally started by a group of U of T students who wanted to compete in the decathlon, and started recruiting volunteers to participate in the competition.

Eventually the group of students and faculty realized that the Solar Decathlon would be too expensive and complicated to participate in. It would involve building the house in Toronto, taking it apart, shipping it to China, building the house in China, taking that apart after the competition and sending it back to Toronto to get rebuilt for research and development. As a result of this realization the group changed its name from Team Toronto to ECOstudios. 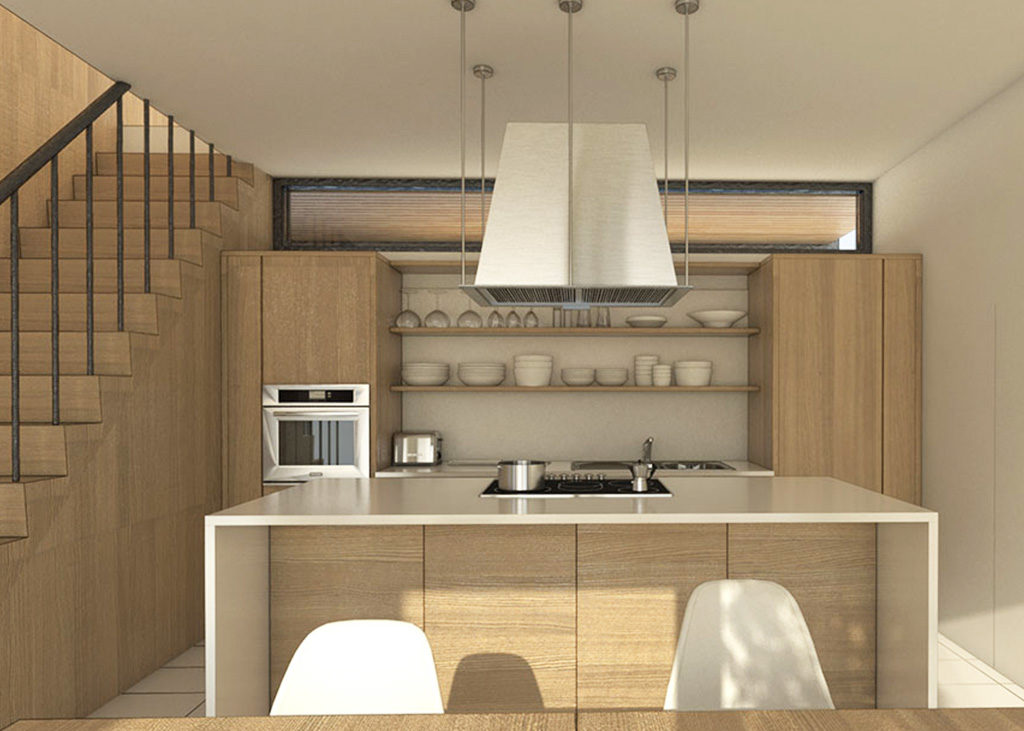 As of right now, not everything in the design of the house is set in stone. It’s subject to change depending on who invests in the project, which companies want to share their technology, who the contractors are and what kind of hardware they can get their hands on, said Berardi. He says the idea is to transform the city into low-rise commercial buildings with resident space on top to increase population density living in a small space. 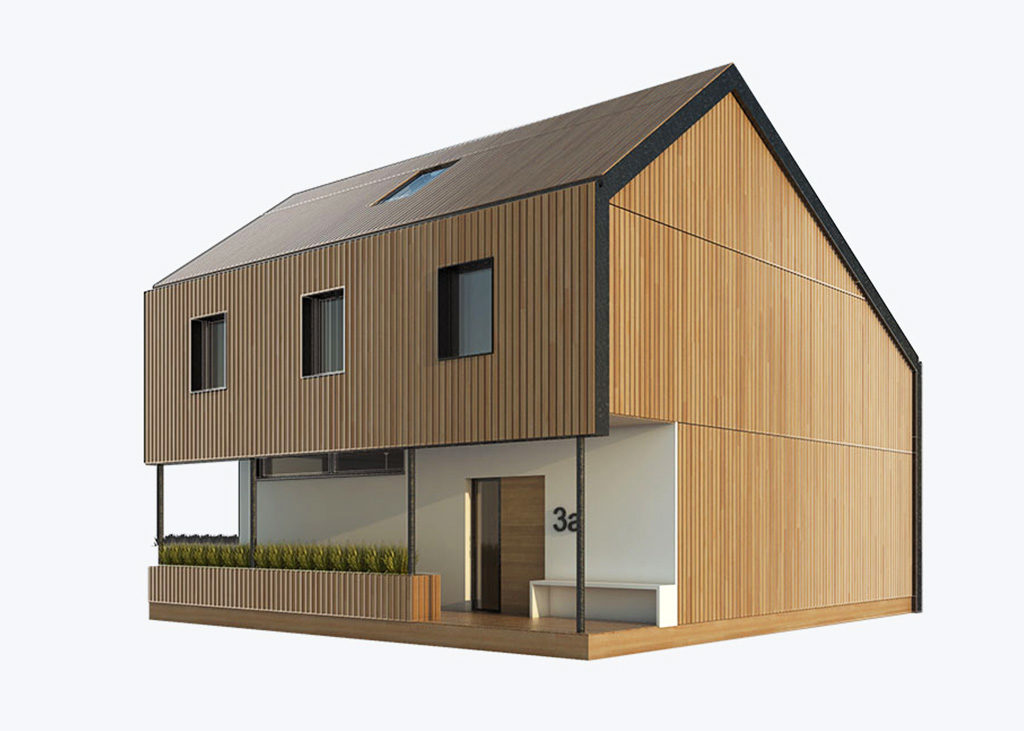 The project aims to reduce the land space required with suburban homes and to encourage making the most of available land while still making it an attractive city space to live in.

The condos are to be five storeys tall with commercial space taking up the first floor and the other four floors dedicated to the condos. One condo would consist of two floors.

A lot of the technology for this building is still in its research and development phase. The house’s technology will focus on energy conservation using both hardware and software.

The condo will have a solar panel roofing similar to the one unveiled by Elon Musk in October.

In the solarBLOCK, the excess thermal energy will be put to use by pumping the cold air in the house through an air duct that lies between the solar panels and the house’s interior frame. The air will be further warmed by the hot water heating system. 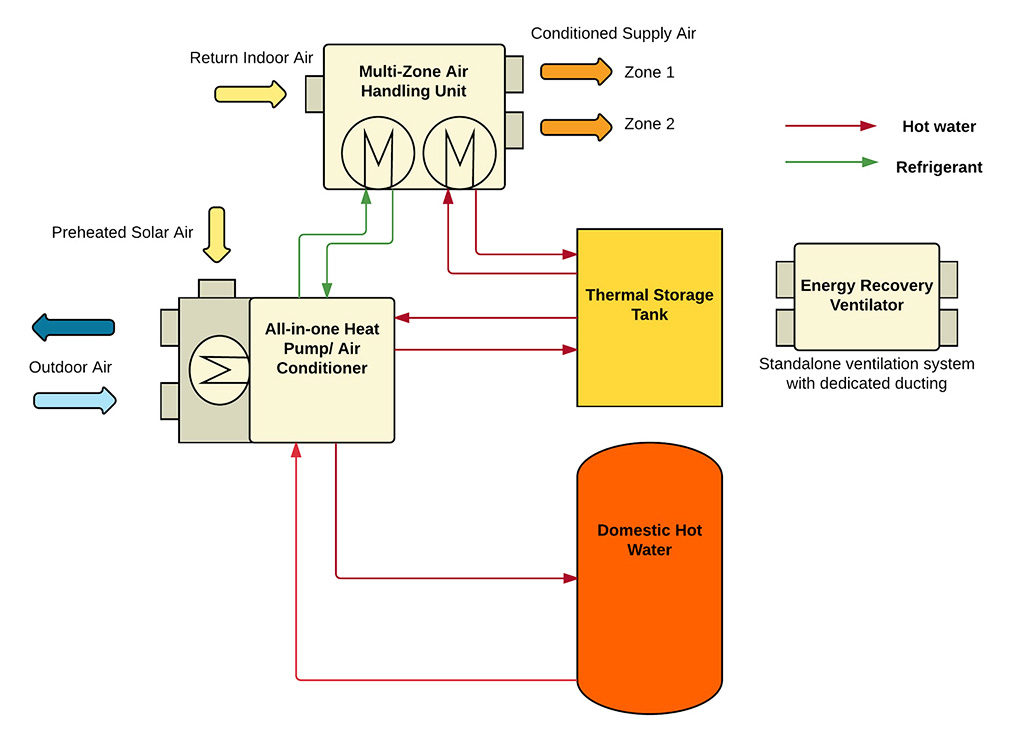 Concept of the combined hardware systems in the solarBLOCK. All these systems will attempt to work in tandem. (Courtesy ECOstudios)

Kind of like the way a refrigerator keeps the cold in but reversed, said Alan Fung, professor of mechanical engineering at Ryerson, and a supervisor of the project.

The hot water heating, air conditioning system and thermal heating system will all be combined into one system. According to ECOstudios this system will be controlled by a software that will make them work together and reduce the energy consumed.

The walls of the house will also have material stuck between the dry wall and the frame that retains heat. The material would absorb the heat in the daytime and at night, when it is cold, the heat would slowly leak out of the walls, the floors and the ceiling – warming the home.

Another way the house is conserving energy is by storing it. There will be a lithium-ion battery in the house and a charging station for an electric vehicle. When the house is generating more energy than it needs it will store the energy in those two places.

All of these systems will be managed by a smart software program that is in its development phase right now. The system has been tested at another smart home in the Living City Campus.

The main purpose of the software is to reduce the energy used and cut down on energy costs. It could switch between using natural gas heating, when electricity gets more expensive at peak usage times, and switch back to using electric heating when costs are low. Another concept in development is the detection of carbon dioxide which will affect how much airflow is provided throughout the house. The system would find the levels of CO2 emitted which would show how many people were in the house and supply the necessary airflow needed. 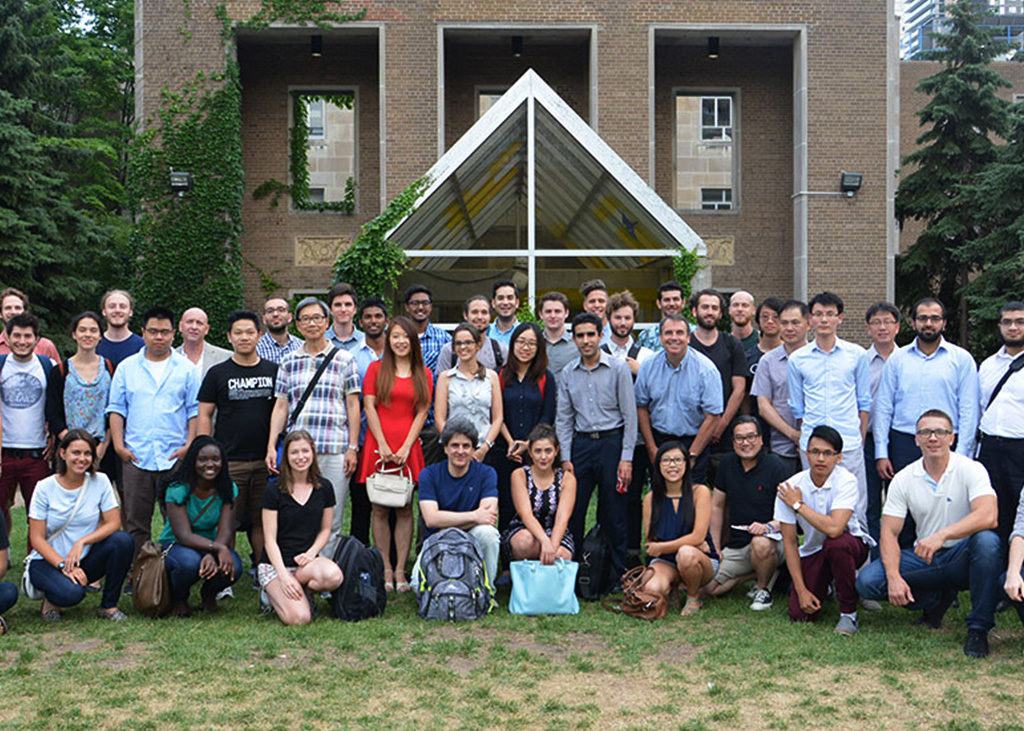 The ECOstudio team pose for a photo in the quad at Ryerson University. (Courtesy ECOstudios)

The U of T students found themselves needing architects and mechanical engineering students, and so they asked for volunteers at Ryerson.

“The challenge is raising enough money to build the house and creating the right partnerships within the industry to make sure the house is going to happen,” said Berardi.

So far Ryerson has contributed around $80,000 through cash and other means such as investments and grants. Berardi thinks that the house will cost around $300,000 to $400,000. Seneca has started helping their students apply for grants for the project and they have hired paid summer intern positions. U of T has yet to commit to funding but talks are taking place. There have been various sponsors who are contributing advice and expertise as well as equipment like solar panels.

One of the last steps for the students is to find a contractor to build solarBLOCK.

“I think we’re doing very well on progress… It takes time… a firm would have these connections…We have to go and find people that just want to support us because they believe in our cause or they want some kind of exposure or they want to develop some more technology with us.” said Jamie Fine, one of the project leads.

“The slow and steady wins the race motto really applies here… They’re not always moving at a sprinting pace but it’s always moving in the right direction I find,” said Fine.