BREAKING NEWS
A diary: what it was like leaving residence due to COVID-19
How to study at home for exams
Student groups are taking out the social from social distancing
Ryerson favourites fear what’s to come after COVID-19 closures
Ryerson offers relief fund for students financially affected by COVID-19 pandemic
Newsstudents

University of Windsor officials are investigating complaints about the referendum process within the school’s student union after it passed a controversial Israeli boycott earlier this month.

The Boycott, Divestments and Sanctions (BDS) referendum, voted in by students on March 1, is a global campaign that asks companies, individuals and governments to halt economic and cultural relationships with companies that produce or grow products in Israel or the “illegal settlement” of the West Bank.

Nine other student unions across Canada have accepted the BDS mandate, but Ryerson University is not among them.

“It’s never gotten off the ground in any successful way,” said Shannon Riley, Hillel at Ryerson president. “Administration at the university has come down hard on BDS saying it is discriminatory and toxic.”

“I sure hope that we never have that movement at Ryerson, to say quite honestly,” he said. “If you ask me would I ever want anything at the university that hurts the inclusive nature of our campus, the answer would be no.”

University of Windsor president Alan Wildeman launched the probe into the University of Windsor Student Alliance’s (UWSA) operations, specifically concerning the makeup of the group. Until the investigation is over, Wildeman has asked that the student alliance defer implementation of the contentious referendum.

“Specifically, I have received many well-documented and detailed complaints about the processes used by the UWSA throughout the referendum,” said Wildeman in an open letter to students on the university’s Facebook page.

The resolution allows the university’s student alliance group to boycott companies that do business with Israel, including Costco, Sears, Canadian Tire and Home Depot.

Some students at the University of Windsor have felt unsafe and unwelcomed since the referendum passed, especially due to incident that happened on the first day of voting. Jake De Jong, vice-president of academic affairs for the university’s student alliance, found his office ransacked and his hanging “Support Our Troops” banner spray-painted in blue with the Star of David and the word “Zionist.” Windsor police are investigating the incident as a possible hate crime.

“This referendum moved through council on assurances that student safety would be a top priority, but as soon as (the alleged hate crime) happened on (Feb. 27) that’s no longer the case,” said a Jewish student from the University of Windsor who wishes to remain anonymous.

Students also believe this referendum will cause division and discrimination throughout the campus by singling out Israeli and Jewish students.

“There is an overwhelming climate of fear and intimidation starting up here and it bodes for me some really dark clouds on the horizon,” the anonymous student said.

Mohammed Almoayad, president of the campus’s Palestinian Solidarity Group, said that this is all a huge and unfortunate misunderstanding.

“The main opposition to us on campus is that we’re anti-Semitic and against all Israelis or anyone with a connection to Israel,” Almoayad said. “It’s absurd but it’s easier to say that than it is to justify the war crimes.”
He said that this isn’t a boycott of everything Israeli. Instead it calls for the divestment from any company that supports or profits from Israeli war crimes.

“We feel like this is an act of last resort. We have no other options and this is the only non-violent, peaceful way,” Almoayad said.

The Palestinian Solidarity Group introduced the referendum after bringing 500 signatures to student council. Results were 798 students in favour and 585 students opposed. 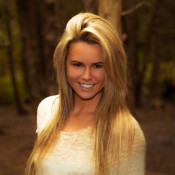