The Canada Revenue Agency (CRA) may not be to blame for Ryerson’s non-refundable and non-transferable meal plans after all.

Ryerson’s meal plan funds are tax-free and must be used at cafeterias and coffee shops on campus within one academic year, as the university does not allow them to carry forward or be refunded.

However, the CRA says otherwise.

“The tax status of the meals under the meal plan is to be determined at the time the student initially enters into the agreement with the supplier and will not be impacted if, at the end of the plan period, unused funds are refunded to the student,” said Neil Shalapata, the CRA’s manager of communications, in an email.

Shalapata also says the CRA is not responsible for setting the policies that oversee the refunding of a meal plan’s unused balance, meaning that meal plan refunds are legal. He says the terms of the agreement are a private contractual matter between students and the university.

The CRA only requires that the plan’s funds are not transferred elsewhere – such as the campus store – or onto tax-exempt gift cards.

“If you have the facts, there is no reason why we shouldn’t be refunding,” says Ryerson president Sheldon Levy. “We shouldn’t be treating students any differently than the other universities.”

A meal plan is mandatory for Ryerson students living in Pitman Hall and the International Living & Learning Centre, but not O’Keefe House.

It is available in three sizes, with the cheapest option for most students starting at about $3,300.

Last week The Ryersonian reported on a Change.org petition urging for meal plan reform. The petition has almost 300 signatures, with several students writing that they have hundreds of dollars left on their plans, which expire at the end of April.

The petition states that the meal plan policy needs to change because students deserve the freedom to choose and are being forced into plans they cannot afford.

Meal plan fees are approved by Ryerson’s Board of Governors each year, when they decide on residence costs.

According to Corallo, any unused meal plan funds end up going to the university’s food services department, “based on their operational requirements.”

Ryerson students are not the first to lose their leftovers. Many Ontario universities have policies similar to Ryerson’s.

In January 2014, students at the University of Winnipeg (UW) filed a petition with their school, which then did not allow carry-overs or refunds.

Now, their meal plan policy allows funds to carry over into the next session, or be put on a taxable gift card when a student moves out of residence.

However, UW has a disclaimer on its website, stating, “The following meal options are under review by the CRA with respect to rollover of unused dollars and may change dependent upon CRA ruling.”

In 2011, the CRA responded to an unidentified student’s inquiry on meal plan rollovers. The unofficial ruling, published online, says that in order to qualify for tax exemption, meal plans need to be at least one month long. The ruling does not suggest there is a certain time period within which plans need to be completely used.

When told about the CRA’s statement, Janice Winton of Ryerson’s financial services office said tax matters are never straightforward, and that she will be consulting the university’s tax advisers for an opinion.

Ryerson’s current meal plan policy has been in effect since the plans were first implemented in 1991.

Looking for more information on how student meal plans work across Canada? Check out the infographic below:

A version of this story was first published in The Ryersonian on Wednesday, April 8, 2015. 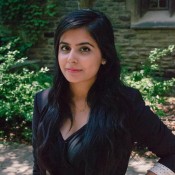