Strict parents while living at home during the pandemic? Two students share how the experience has impacted their relationships

For many teenagers, prom is an unforgettable day: they don their dress, makeup and corsage or their suit and boutonniere. Their parents snap their pictures, they get in their limo, and then their night of fun begins.

But for Trishan, a Ryerson student whose name has been changed out of concern over family repercussions, it wasn’t that easy. With extremely strict religious parents, he knew he wouldn’t be able to attend prom since it was scheduled to take place during a religious occasion. Before the special day came around, he knew he had to come up with a plan if he was going to go – so he asked his high school girlfriend to prom, bought the tickets, found a way to get a suit, arranged the transportation with his friends, came up with a fool-proof excuse that would let him stay out for the night, and even got one of his teachers in on his plan.

“It’s been nearly four years since, but my family still doesn’t know that I went to prom behind their back,” he said.

Entering university can be life-changing for students living away from home for the first time, but during a pandemic things look a little different. Being at home with family all the time can be challenging for anyone, but those with strict parents face an entirely different experience, particularly for young adults just beginning to figure themselves out as adults. Still, these students say their parents have managed to surprise them after all this time quarantined at home.

Nearly three-quarters of Ryerson students live with parents, guardians, or relatives, according to a 2019 survey conducted by the university. Trishan has been living with his parents since first year.

“I initially raised the point of moving out at the start of first year, but I was told that once I did I would turn into someone doing stupid shit that other kids my age do,” he said.

“I wasn’t allowed to move out. I remember my mom telling me that if I were to ever move out, I would have to get married with someone she set me up with. Not a fun thing to worry about.”

When he used to go out on the weekend, Trishan would get constant phone calls and texts demanding him home if he was later than his 9 p.m. curfew. On top of that, his parents implemented several non-negotiable rules that he had to follow before the pandemic kept him home.

He is not allowed to talk to girls while in his household (if working on a project with one, the working relationship needs to be explained), sleepovers are not allowed (until he begged and was allowed to stay at a friend’s house once a year), music is strictly prohibited (although he breaks this rule quite a bit), and family time as well as daily prayers are mandatory and cannot be missed.

“If I was lucky enough to have time to go out more than once a week with friends, I would be lectured and told that I’m a disappointment for not spending time with the family or helping out around the house,” he said.

“I’ve also learned to use cash, instead of debit and credit cards, to buy stuff like liquor or cigarettes so that it doesn’t trace back to me or show up on my billing information — I get them in the mail (and) my dad loves to go through (it).”

Thinking about life after graduation, Trishan has started to reflect on what his future will look like and even how he will treat his own kids.

“If I were to have a child in the future, I would never parent them the way I was parented,” he said. “The mental toll my parents have had on me is not something I want for my child and I don’t want to put them in a position where they look for other ways of expressing themselves like I have — obsessively drinking, smoking, or even doing hard drugs like coke.”

Jenifer Freedy is a registered psychotherapist who specializes in parenting from a neurobiological and attachment-based standpoint. She notes that strict parenting can foster a dynamic of rigidity in the home which can have a plethora of negative effects on a child.

“The problem with rigidity is that it means that there are very strict, often black-and-white guidelines, rules, expectations, ways of seeing things that do not leave a child a lot of room for exploration, curiosity, critical thinking, or questioning things, and so forth,” she said.

With a strict parenting method, the parents are often “fear-based” themselves and infuse “guilt and fear into the child’s development.” According to her, developing healthy boundaries with your kids is important for ensuring they have a sense of security, feel safe and are presented with a healthy balance in life.

When kids from strict households grow up, Freedy discusses two potential ways it can go. One outcome is that in adulthood, they become like their parents —  rigid, anxious, fear-based, approval-seeking, and untrusting of their own judgement. The other way it can go is a rebellious phase where as soon as they leave the household, they live life the complete opposite. As they were never exposed to healthy boundaries, they see this as the time to fully let loose, which can be a bad thing  in extreme circumstances.

Moving out of a strict household and into the world of living alone with total freedom can be exciting, but the pandemic has forced many back home in this now-virtual atmosphere. Five per cent of Canadians say they have moved back in with their parents as a result of COVID-19, according to a survey by Finder.

Aaranyan Kumaresh, who goes by Aaran, is a first-year electrical engineering student that transferred to Ryerson this school year. Prior to the pandemic, he was studying at the University of Western Ontario and was living on campus, but since transferring he has moved back home to live with his family.

Many of the rules in his household growing up were unwritten but mandatory. As a child, his TV and video game time was limited, and even as an adult, sleepovers are not allowed and an 11 p.m. curfew is enforced.

Being part of a South Asian family, Kumaresh notes that it’s not unusual for first-generation or even second-generation South Asian parents to be “on the stricter side” and that younger generations “have become more integrated in Western society, causing people to adopt new viewpoints on parenting.”

“As a kid, bullying was a serious issue for me to deal with, but depression and bullying are taboo topics in most South Asian households,” he said. “This only added to my already deteriorating mental health.”

“For me, trust with my future child is the most important thing,” he said. “There was a time when I didn’t trust my parents with things, and although that time has passed and now I trust my parents completely, it was still enough to help me understand that trust should be fostered from the get-go.”

After Kumaresh left home, his parents became a lot more lenient. But after moving back home during the pandemic, they now have a wonderful relationship and he can openly talk to his parents about anything. He became more vocal about what he wanted from them and began to understand the necessity for some of their childhood rules.

Kumaresh, who currently lives at home, now finds himself enjoying his conversations with his parents. Moving away fostered a maturity in him that helped his parents realize that he could take care of himself and they didn’t have to worry.

“At first, I started talking to them more because there wasn’t really anyone else to talk to other than my older sister, but now I talk to them because I enjoy talking to them,” he said. “As horrible as this pandemic was, it definitely taught me a few lessons.”

There have also been some changes in Trishan’s relationship with his parents. They are still as strict as they have always been, but the way he sees them has changed entirely.

“Nothing’s changed, but my attitude around it has,” he said. “I’m honestly happier not worrying about this dynamic I have with my parents and whether or not what I do would change their perception of me.”

Being at home during the pandemic, Trishan focuses on school and work while showing his parents a different side of him that has encouraged them to let their guard down a little bit.

“All I can say is that whatever our relationship, I still love them.” 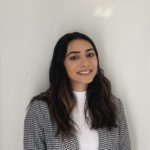