Victoria Street Lane, as it looks now, may get a face-lift this summer. (Jayna Rana/Ryersonian Staff)

Students had no input in the unsuccessful paint jobs on Gould Street, but the fate of Victoria Street Lane’s makeover is now in their hands.

Public voting is underway until Feb. 5 to choose the best renovation plan for the alley-like laneway between the Chang School and the School of Image Arts.

A panel of four judges, headed by vice-president of administration and finance Julia Hanigsberg,  will choose a winner on Feb. 10 from the three designs with the most votes.

Students had to make sure their designs cost $30,000 or less.

Teams of students pitched a total of eight designs for the competition, which was launched in November by the American Institute of Architecture Students REvitalization Group at Ryerson. The designs are posted on Projexity, a crowdsourcing website that hosts projects to develop or improve urban spaces.

The design features a large “RU” sign, multiple seating fixtures, a canopy of yellow lights to illuminate the laneway at night, and a strip of blue lights to show the bike room’s location.

Scarlato said she and her team participated in the competition because Victoria Street Lane is their main passage onto campus.

“It’s right in the backyard of my building, the interior design building, and I have walked through there for four years,” Scarlato, 22, said. “So I think instantly we just knew what was best for the laneway to revitalize it.”

Kate Gonashvili, a fourth-year Ryerson architecture student and director of the AIAS REvitalization Group, helped organize the competition with three other members. She and another member of AIAS submitted separate designs for the laneway.

Gonashvili’s design, which she created with two other students, is called “Soigneur.” It also features lights above the lane, a slotted bench that doubles as a bike rack, and other additions to enhance the bike room, such as a shelter, bicycle station and water dispenser.

Gonashvili, 21, said crowd funding will begin on Projexity in April and the current plan is to start the actual redesign this summer.

Jordan McLeod, 30, another contestant and a first-year urban and regional planning student, said while a competition may not have worked for Gould Street, getting the community involved in Victoria Street Lane was the right choice.

“We felt that it would be a good chance to get directly involved in planning and get involved with the school as a whole, and leave our mark here,” McLeod said.

“While (the wheels) may seem frivolous to some, they’re a piece of public art…that is more of a draw to get people to come (to the laneway) and hopefully stay there,” McLeod said. 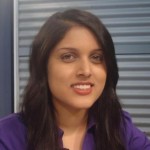