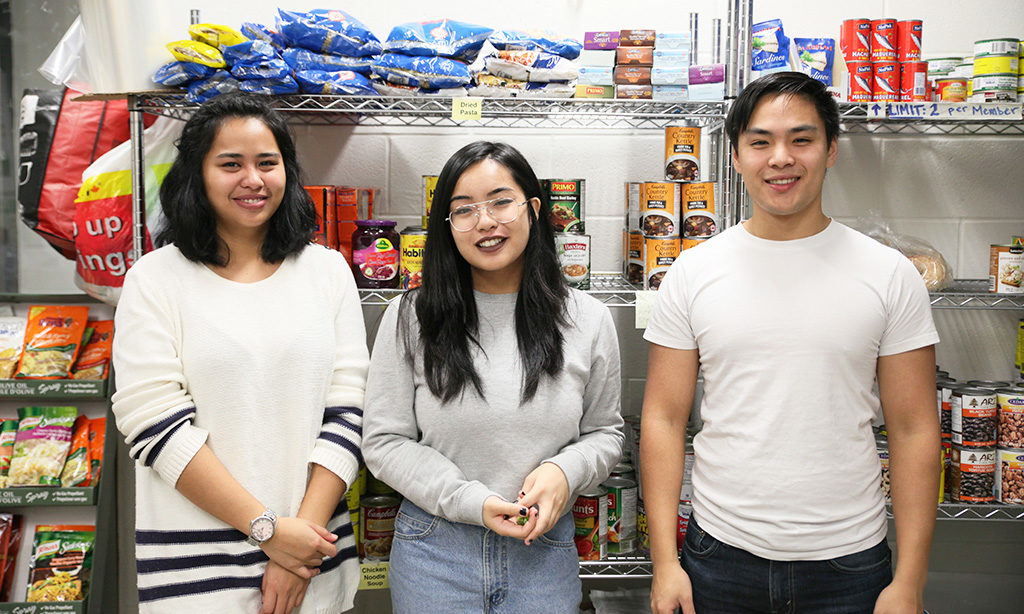 Ryerson students are still stuck choosing between tuition and groceries, according to the Good Food Centre, which saw over 150 new members this year.

On Thursday, the centre, which used to be known as the Community Food Room, released its annual hunger report for the 2014-15 school year.

Increase in members and visits

“This report shows that students are choosing between paying tuition or eating tonight,” said Monica Khaper, operations co-ordinator of the centre.

According to the report, 602 members went to the centre to help feed themselves. This number has increased from the previous year’s 422 members.

There has also been an increase in the visits made to the centre since the last hunger report. In the 2013-14 academic year there were just over 2,500 visits. This number has jumped to just over 3,600. 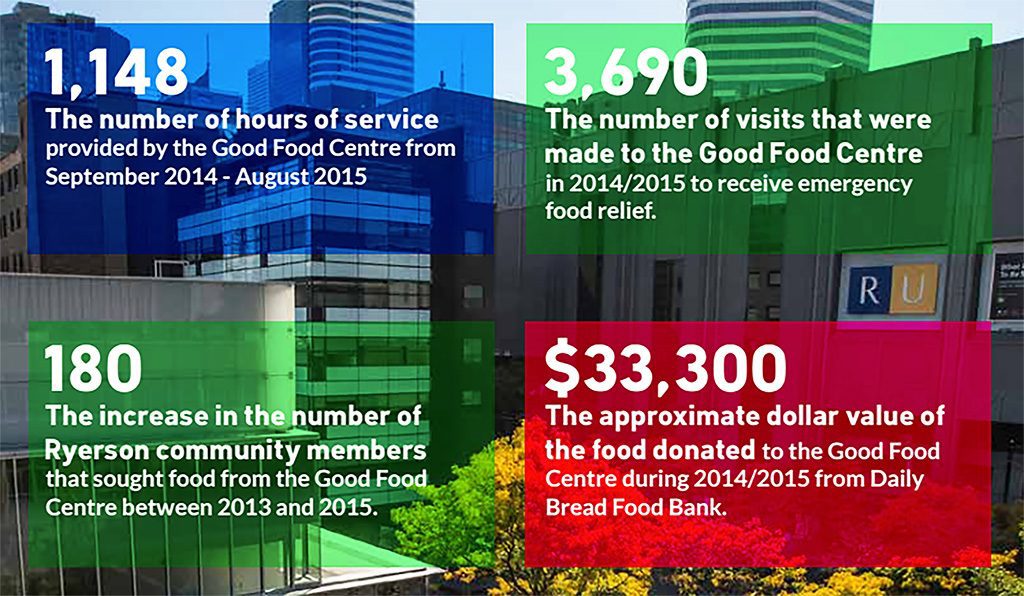 The 2015 national Hunger Counts report released Tuesday, found that the number of people accessing food banks has increased by more than 26 per cent since 2008.

“We know that students in the more expensive programs use our services most often,” said Khaper.

This is true for the students in the Faculty of Engineering and Architectural Sciences, which has one of the highest tuition costs at Ryerson. In both annual reports the students in that faculty made up the biggest number of members to the centre. In the recent report they made up 23 per cent of members and in the previous report it was 29.5 per cent. 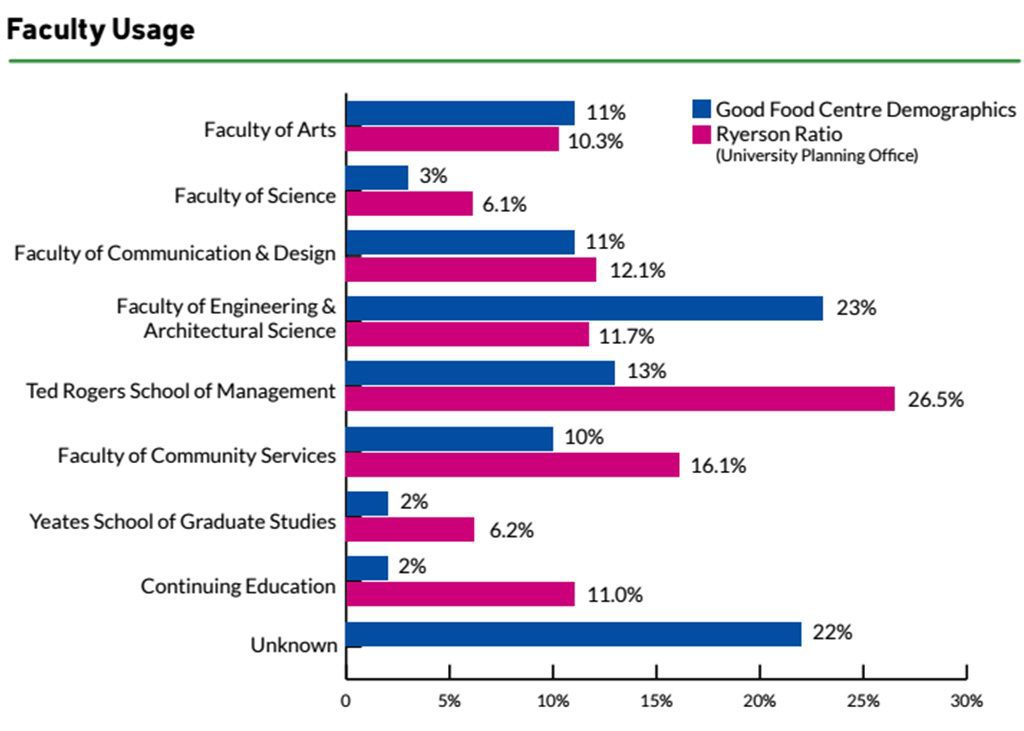 “This report is about creating and maintaining a dialogue on campus, and ensuring that students know they are not alone in their struggle to make ends meet,” said Claire Davis, volunteer and outreach co-ordinator of the centre, which is run by the Ryerson Students’ Union.

“Our food bank is a response to student poverty and student hunger. We need to first address the barriers that students face in post-secondary education, such as the shortfalls of OSAP and the rising cost of tuition in Ontario. That’s what this report is trying to address,” she said.

This is why the centre has improved its hunger report to include data on ethnic and racial backgrounds, student status and household types.

Organizers said that, by doing so, the report will better define what causes student hunger. They said they hope that will get the attention of the government.

On its Facebook page, the centre argues that food is a human right and not something that students who are struggling financially should need to search for.

“The high cost of tuition, an inadequate student loan system, and unpaid or underpaid work opportunities are key aspects in creating student poverty and hunger at Ontario campuses,” the centre’s Facebook page goes on to say.