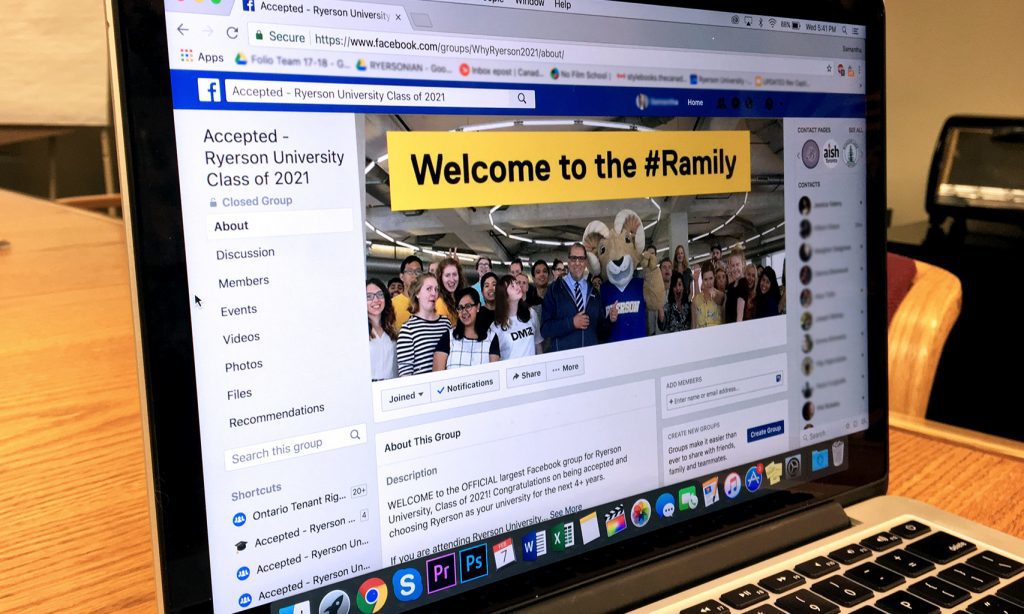 A post by a Ryerson staff member in a first-year students’ Facebook group Tuesday discouraged students from discussing the upcoming Ryerson Students’ Union (RSU) election in the group, saying it went against group guidelines.

The reminder was posted to the Accepted – Ryerson University Class of 2021 group at approximately 9 a.m. by John Papamarko, a social media client specialist in the admissions and recruitment department. Papamarko is one of the administrators of the group, which has more than 8,700 members.

The original post began with Papamarko saying he wanted to remind members of the terms and conditions, “with RSU elections almost upon us.” The post went on to say it was “not okay” to post “anything political.” In the comments, Eduardo Rodriguez asked, “Wouldn’t it be important for first-year students to have a venue to discuss the RSU elections in a respectful manner?” Papamarko replied, saying, “Absolutely. However, this is not the group for that.”

While there are nearly identical groups for every graduation year, the class of 2021 group is the only one run in association with the department of admissions and recruitment. Samantha Read, assistant director, communications of the department said the reminder was in response to posts in the group that violated their “posted terms: items of political nature as well as the need for respectful conversation.”

There have been mixed responses from students about the guidelines of the group. Ryan Lukic, second-year business technology management, said he is certain that “Ryerson is aware that the 2021 page is a hub for student communication across all faculties. Without being able to discuss amongst your student body, there is no way to share ideas.”

Charlie Stone, a fourth-year psychology student, is less concerned about the restrictions. He noted that there are other venues for discussions of student politics, such as other groups on Facebook. “The purposes of that specific Facebook group are buying and selling textbooks, asking school-related questions and introducing yourself to fellow classmates. It isn’t a place for the controversy (of) student politics.”

“Since this new group is run by Ryerson staff, I have to assume it is a new policy of Ryerson’s to censor discussion regarding the RSU,” said Matthew Smith, who is running for president in the RSU election with the Rhino Party. “These are first-year students with little to no knowledge of what the RSU is or does, and I think it’s important for them to be able to find out more about the organization they belong to and pay a levy to.”

Read clarified in an email that the post “is just reflective of the terms of our particular group,” and not of Ryerson. In the original post, Papamarko added that only updates by group administrators “are to be deemed officially sanctioned by undergraduate admissions and recruitment and Ryerson University.”

On behalf of the department, Read said “we certainly encourage political discussions of any kind, as we absolutely want our students to be engaged members of the Ryerson community. However, the objective of this group is to support students inquiring about services offered via the office of the registrar.”