Study Beyonce and Kanye for school credit? Some profs say pop culture is relevant in the classroom 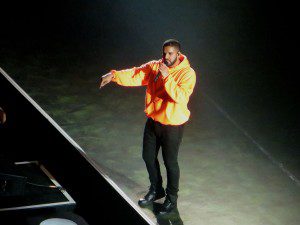 Drake’s Jungle Tour makes a stop at the Air Canada Centre in Toronto on June 2, 2015.

Ever wonder what it would be like to study Drake and get academic credit for it?

University courses focused on celebrities have gradually become a trend across North America. In Canada, the University of Waterloo and the University of Victoria offer classes that focus entirely on the pop superstar Beyoncé. South of the border, University of Missouri students can take a course that compares the careers of rappers like Jay Z and Kanye West. Recently, Georgia State University got in on the trend and created a course called Kanye Versus Everybody: Black Poetry and Poetics from Hughes to Hip-Hop.

Ryerson’s own course intention period is fast approaching, and upon scanning through the list of available courses, there is no sign of Drizzy 101.

As outlined in the fall 2016 guidelines for Development of Liberal Studies Courses, liberal studies are designed to “develop breadth and depth of understanding and knowledge of the social, historical, cultural, and scientific context in which students live and will work. They are also to develop critical thinking ability and analytic skills, as well as writing and oral communication skills.”

“By learning to think critically about the things we experience in our everyday lives, we can begin to find ways to build a more equitable and just society,” said Johnston.

However, any department or program seeking to develop an artist-based elective first has to jump through administrative hoops. Programs have to submit an official proposal for new courses to a curriculum committee. Once feedback and recommendations are given, the application is then reviewed by the Liberal Studies Council before it is passed on to the senate for final approval. In order for the proposed course to be approved, it must meet the criteria for Ryerson’s liberal studies.

But student interest in artist and musician-based courses seems likely.

Courses already established at Ryerson, such as Hollywood and Society and Popular Culture, are among the first to fill up during course intentions. Johnston said his course almost always spills into a wait list.

The main criticism inhibiting courses focused on popular culture is an assumed lack of academic merit.

An article written by Sharon Kilarski for The Epoch Times said, “If teachers are overly immersed in the students’ culture, then their roots branch out horizontally and that implies shallowness. And with shallowness we may sacrifice depth.”

Naila Keleta-Mae, a professor at the University of Waterloo, disagreed. Keleta-Mae is the professor behind the first course based solely on Beyoncé, entitled Gender and Performance. Last year, the course examined the singer’s latest self-titled album in relation to theories of feminism, sexuality and race.

Keleta-Mae argues that the depth and intellectual engagement of any course – regardless of the subject matter – relies on the instructor.

“It’s less about the object of study and more about the material,” she said. “What are the theories through which that object is going to be analyzed?” 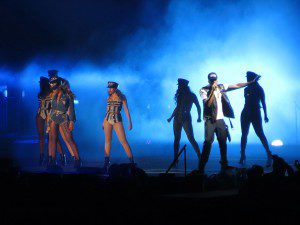 Beyonce and Jay Z take their On The Run tour to Rogers Centre in Toronto on July 9, 2014.

Compared to classes she has previously taught, she has never seen such profound student engagement as her Beyoncé course.

“What happened in the classroom mattered to them in a very particular way because they had grown up with Beyoncé’s music and had some type of relationship with that and her as an artist.”

Although Ryerson has yet to officially add courses on the “6 God,” many students remain hopeful that one day their favourite artist will inundate syllabuses everywhere.

Find out which artists and celebrities Ryerson students want to study here:

Sabrina’s food allergy law in universities — are you nuts?