A new study shows that job applicants with Asian-sounding names are less likely to be hired than Anglo-named individuals even when they meet or exceed job requirements.

Crap! Research finds that I'll get 13.4% less call-backs for jobs even if I'm more educated than others: https://t.co/clvezAM8mF via @nkeung

Rupa Banerjee, an associate professor of Human Resource Management and Organizational Behaviour at Ryerson, co-authored the study with University of Toronto professors Jeffrey Reitz and Phil Oreopoulos. She told CBC Radio’s Metro Morning on Jan. 25 that the study expanded on research conducted by Oreopoulos in 2011 to compare the hiring discrimination at small, medium and large companies.

Banerjee said large organizations with more than 500 employers are more likely to consider job applicants with Asian-sounding names. When Asian-named applicants are bypassed it may not be overt discrimination, she continued, but there is implicit bias in the hiring process.

“[Employers] have seven seconds or less to look at that resume and make a decision if it should be in the look over again pile, or don’t look over again pile. Those implicit stereotypes we hold, without even realizing it, play a huge role in the decisions we make,” she told the CBC.

The study will be presented at a panel titled “Confronting Hiring Bias: An Interactive Discussion” on Jan. 25 at the University of Toronto’s Munk School of Global Affairs from 6 p.m. to 8 p.m. by Hire Immigrants, an organization that helps employers better recruit immigrants. The panel will be moderated by Senator Ratna Omidvar, who was the first executive director and is currently Distinguished Visiting Professor at the Global Diversity Exchange (GDX) at Ryerson’s Ted Rogers School of Management. 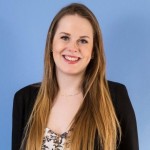