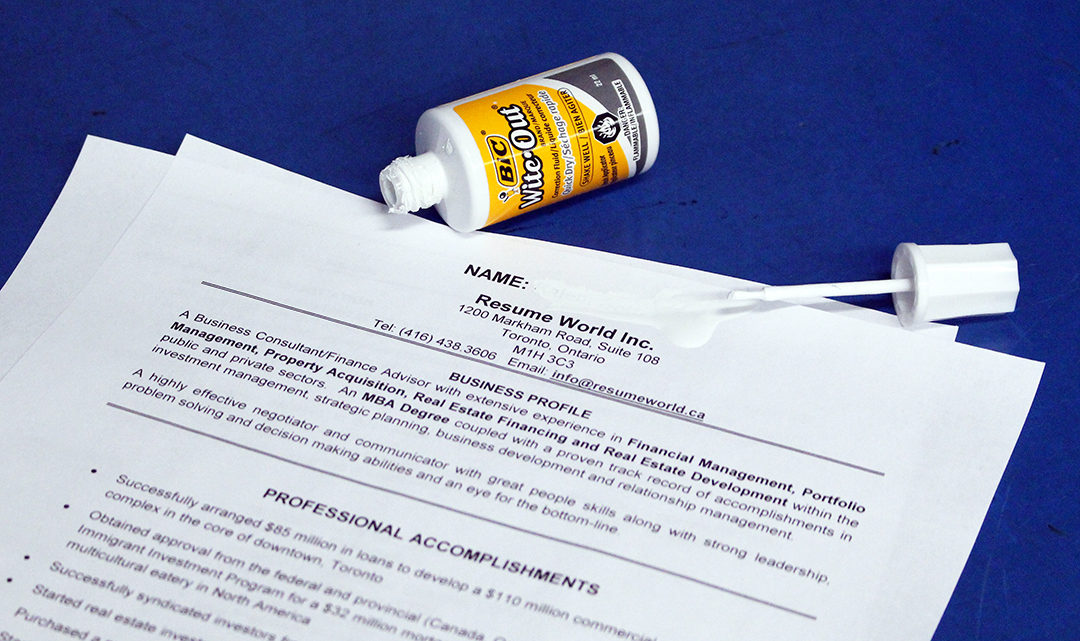 About 40 per cent of job applicants who belong to minority groups “whiten” their resumés in hopes of avoid racial discrimination, according to a recent study conducted by the University of Toronto and Stanford researchers.

“Resumé whitening” refers to people changing their names on resumés to anglicized ones or excluding experiences that could identify them with racial groups in order to downplay their ethnicity.

The study showed that those who chose to “whiten” their resumés when applying for jobs received more calls back.

Jen Chan, a third-year Ryerson biomedical engineering student, said that she knows a lot of people who have anglicized their first or last names.

“I’m not going to blame anyone for choosing to do what they think will help them best, especially in a society that doesn’t always give them the same chance as anyone else,” she said. “People have to do what they have to do in order to succeed with the way that things are now.”

Chan said she’s lucky her parents gave her an “English” name as well as a Chinese name, but still would not include this on her resumé.

“I wouldn’t highlight the fact that I’m from a minority group,” she said.

Chan said she would also exclude experiences with certain campus groups on her resumé unless they were directly related to the job she’s applying for.

“I wouldn’t want to highlight a bunch of factors that might get my resumé out of the pile quicker.”

Students’ backgrounds may also have an effect on how they experience school and the job hunt.

Jen Gonzales, director of student life at Ryerson, said that this is a real challenge for students of colour.

Gonzales says students need to understand who they are, what they love about their culture and then communicate that to others in order to build confidence.

“We need to equip our students to be able to articulate what they need to be successful as well as what they bring to the table,” she said.

Gonzales moderated “Voices of Experience – Persons of Colour,” a panel discussion held at Ryerson on March 24.

The panel included professionals from different sectors to speak about their experiences navigating issues of racism in the workplace.

“I think what we as students can do best is continue to talk about these issues and bring awareness to it and also talk about the solutions,” said Chan. “As we become the ones who make the decisions, how can we continue to make things better instead of just hoping they’ll get better?”

But Dan Kennedy, manager at Ryerson’s Ted Rogers School of Management’s career hub, said that he doesn’t believe students have to worry about racial barriers in the city’s diverse labour market.

“In the Toronto market especially, I don’t think that there’s any reason someone has to change their name or whiten their resumé for any reason,” Kennedy said, adding that he has not seen this issue at Ryerson.

“Students are concerned about the job market … they’re looking for any advantage they can get,” Kennedy said. “Some students may (think that something) can be viewed as political in nature or puts them into some sort of category, but in my experience here at Ryerson, those conversations haven’t been based upon race or ethnicity.”

Fighting cancer as a family