Ryerson students are attending class in a highly polluted environment that could shorten their life expectancies, a recent study has suggested.

Researchers at the department of chemistry and biology at Ryerson University analyzed the link between premature mortality and the combination of environmental and socioeconomic factors in Toronto.

The study was conducted by Luckrezia Awuor, an environmental applied science and management graduate student, and Stephanie Melles, an assistant professor in the department of chemistry and biology in the Faculty of Science.

One of the lowest ranked areas was the Church-Yonge Corridor, which encompasses most of the Ryerson campus. The study shows that living in this neighbourhood and breathing its air is equivalent to smoking between 624 and 1,033 cigarettes per year.

Melles says that these areas with higher rates of premature mortality tend to have residents with lower income.

“It’s also the case that visible minorities and Indigenous peoples are most at risk of living in neighbourhoods with higher premature mortality rates,” Melles said. “Though we expected these results, they emphasize a persistent issue of social injustice.” 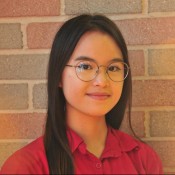 How China, Korea and Vietnam will celebrate ‘Chinese Thanksgiving’