Study space at new SLC is one less @RyersonProblem

Study space is no longer a “Ryerson Problem” with the opening of the new Student Learning Centre (SLC), according to a Twitter account dedicated to re-tweeting complaints from students.

The Twitter account @RyersonProblems hailed the opening of the SLC with 2,300 new study spaces as the best thing to have happened on campus.

“2300 new study spaces in SLC. The no study spot problem tweets have come to an end. Best. News. Ever,” said a tweet from @RyersonProblems which has more than 5,000 followers.

The SLC officially opened on Feb. 23 at Yonge and Gould Streets. It has eight floors, five of which have open study spaces. Before it opened, the student who runs the @RyersonProblems account told The Ryersonian that the lack of study space was one of the biggest complaints from students.

“This year, it’s been the biggest complaint,” said the student, who wished to remain anonymous. “There literally is no space to study anywhere on campus. The library is always packed and finding a table in Ted Rogers is a mission.”

Some tweets that @RyersonProblems re-tweeted are:

those ppl in the quiet floors of the library taking up study space to scroll their fb when ppl cant find somewhere to study @RyersonProblem — a (@AAKKUYU) November 18, 2014

However, these complaints seem to have stopped, at least for now.

A quick scroll through the Ryerson Problems Twitter feed shows that there have been many re-tweets about the new SLC building and how it is “definitely not a Ryerson problem.”

While there are significantly fewer complaints about space on campus, there are still a few naysayers tweeting to Ryerson Problems.

the only @RyersonProblem I have about the SLC is that it’s too damn warm. otherwise this place is a FRICKING BEAUTY. A+ @RyersonU!!

“Personally I wish there were more tables,” said the student behind Ryerson Problems. “The open concept is cool but I don’t want to sit on the floor or uncomfortable seats while I study.”

They also said that there have also been complaints about the elevator wait-times in the new building. 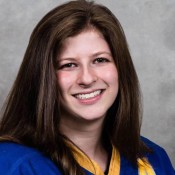