Shayan Yazdanpanah knows what it’s like to struggle with mental health.  During his first year at Ryerson, the aerospace engineering student went through a difficult time adjusting to post-secondary life. “I went through a lot of pain,” he said.

Yazdanpanah is not alone. One in 5 people will be affected by mental health issues at some point in their lives. Although Yazdanpanah doesn’t have a mental illness, his experience with “a depressive state” has inspired him to become an advocate for mental health.  “I want others to know that your mental health is something to take care of,” he explains. “A lot of people don’t acknowledge it at all.”

This past August, he began his activism by becoming a speaker for Jack.org, a nation-wide initiative that aims to de-stigmatize and promote mental health awareness. Today, Yazdanpanah travels to high schools and post-secondary institutions, where he discusses subjects that are usually hard to talk about, like depression and suicide.

Jack.org was founded in 2010 by Eric Windeler and Sandra Hanington after their son, Jack Windeler, committed suicide during his first year at Queen’s University. Formerly known as the Jack Project, the Toronto-based organization has raised $1.5 million dollars used towards mental health advocacy for youth.

Students attending post-secondary are particularly susceptible to mental health illnesses. Followed by car accidents, suicide is the second-leading cause of death for Canadians for 15 to 24-year-olds, according to the Canadian Mental Health Association. The World Health Organization reports that suicide is the second leading cause of death for 15- to 29-year-olds around the world.

Evan Tran, 21, a University of Alberta student, killed himself on campus over Thanksgiving weekend.  Online memoriams report Tran was an active member of the school community, spending his free time volunteering in groups around campus. He was described as happy and popular by his friends.

Tran suffered through depression and obsessive compulsive disorder since he was 15 years old.

“I have no issue to say my brother committed suicide,” Tran’s sister, Vanlee Robblee, said in an interview with CBC. “It’s not a shameful act. It’s not something to put under the carpet.”

One way Ontario universities have been combating the mental health crisis on campus is by implementing fall breaks. These breaks have been established in hopes of giving students a chance to relax and prepare for upcoming midterm assignments.

His progress for recovery also began by sharing his feelings with close, trusted friends. He also found that taking some time off for himself every day has been a big help that he believes not a lot of people do.

A big step Yazdanpanah took towards progress has been using the counselling services at Ryerson. While counselling may not be the right treatment for everyone, he encourages them to try it out if they are dealing with any hardship. “Seeing a counsellor was the best decision I made in terms of my mental health.”

This article was published in the print edition of The Ryersonian on Dec. 2, 2015. 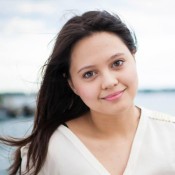 Always remember to reach out