Yew-Thong Leong, an architectural science associate professor, is one of seven Ryerson faculty members chosen to work on the multimillion dollar project. 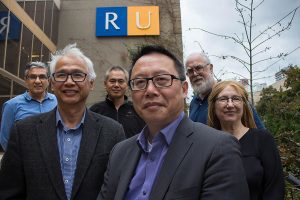 Leong said that when he saw the chance to make history and rebuild Wright’s only public building in Canada, he reached out to his six colleagues to make sure it would not be a lost opportunity.

“To work on such a building is a once-in-a-lifetime opportunity no one ever dreams of, never mind get the chance,” said Leong. “Even if the building was in Nunavut, I would go.”

The Ryerson team of architects and engineers, with specialties in architecture, building science and project management, was chosen by the Frank Lloyd Wright Revival Initiative. It is a U.S.-based charitable organization working to preserve the legacy of Wright, a famous American architect. The Initiative’s call for proposals to revive the Pavilion, which was demolished in 1939, received over 30 bids, mostly coming from architecture firms.

Evie Eshpeter, a spokesperson for the Frank Lloyd Wright Revival Initiative, said architecture firms were initially targeted and never thought an educational institution would be interested.

However, Eshpeter said they couldn’t have chosen a better option based on the Ryerson team’s expertise and interest in researching the project offers.

“When they applied it was like lightbulbs went off. This is amazing,” said Eshpeter. “This is exactly what we’re looking for.”

Eshpeter added that although this is great news, it is not a done deal and there is still work to be done.

Banff town council has given the Frank Lloyd Wright Revival Initiative requirements, which include the updated drawings, that need to be fulfilled before presenting the Town of Banff with a land amendment application.

Kendra Schank Smith, an architectural science professor from the Ryerson team, acknowledged the process isn’t as simple as redrawing the building. She said they need to research all of the elements, including its heritage.

“The other thing we need to do as well is try to get into the brain of Frank Lloyd Wright to find out what his priorities were and the principles he used to design,” she said. “And from those principles, we can reconstruct the drawings and also think about materials and durability.”

Looking at the technology and materials used from the original Pavilion built in 1914 to decide how to recreate it will be another challenge, Leong added.

“We cannot use modern construction technology because the materials to suit modern processes are very different,” Leong said. “Back in the day, the construction techniques were restricted. We are going back in time.”

A budget has not been finalized for the re-build. An estimate made in the 1980s puts the cost of the building at $2 million, according to the Frank Lloyd Wright Revival Initiative’s project brief. The Town of Banff made another estimate of $8 million in 2016.

Construction is set to begin in spring 2019, if all goes as planned.

Eshpeter says getting this building back is long overdue.

“We’re trying to correct an historical wrong and put back something that should never have come down.” 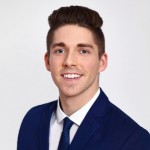