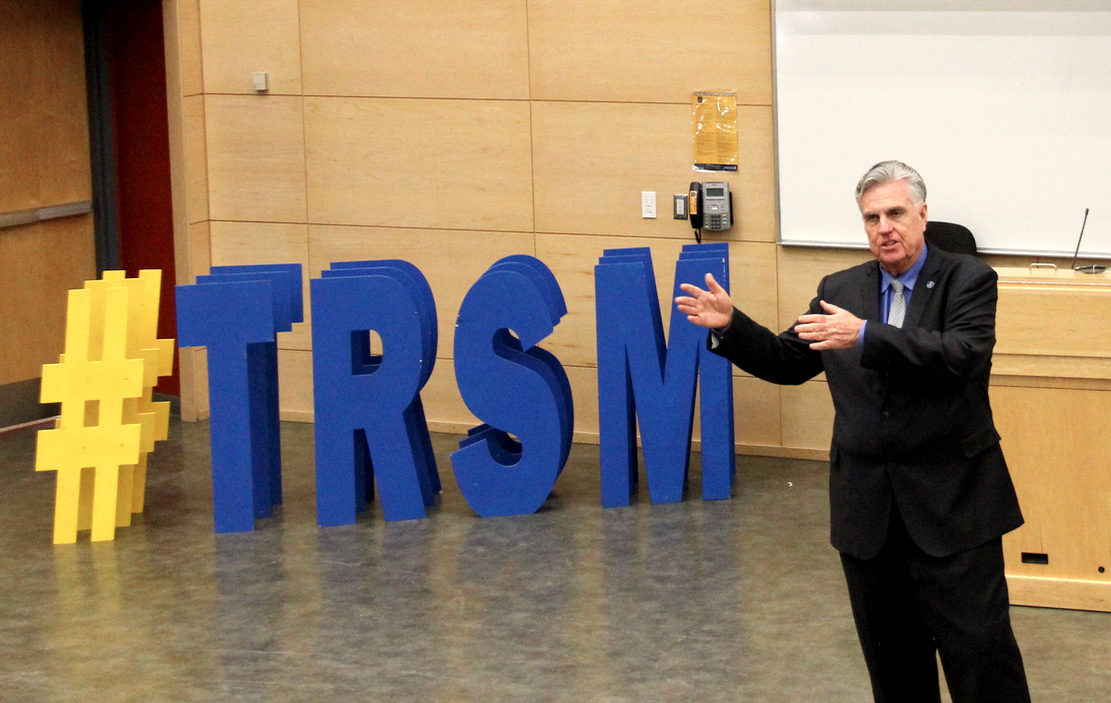 The Ted Rogers Sports Conference (TRSC) on March 5 provided professional insight and competition for students who looked to combine their passion of sports and business.

Along with various workshops and a panel discussion, students partnered into groups of three or four to take part in a case competition.

The case competition was presented by Brizi, a camera system for stadiums, and awarded $1000 to the winning team. Brizi asked these teams to present a study that shows how they could bring awareness to the services that they offer within a $5,000 budget.

The victors were IMIC Consulting, consisted of a group of three finance students from the University of Toronto.

Organized by the Ryerson Sports and Business Association (RSBA), the conference allowed students from different universities and programs to network, while also forming an idea of their future in the sports industry.

“People can see that that it’s not only about becoming a general manager, instead there are so many other opportunities in the world of sports,” said Adam Kohut, president of the RSBA.

The conference started with the TRSC panel, as business professionals Dan Gladman, Noah Kone, Jonathan Carrigan, Drew Ebanks, and Hayley Fallis all shared the different routes they travelled to end up in Canada’s sports market.

The five panelists also spoke about the importance of developing transferable skills, while Carrigan went as far as calling them the “magic words”.

“Start developing your skills, find out what you’re passionate about, where your strengths are, and start building on those by networking,” Carrigan said. “That’s really going to be the easiest path, by bringing something to the table.”

The RSBA made sure that the 75 students who purchased tickets to the conference would also get the chance to participate in workshops to develop their skills.

Andrew Stokes, the director of global partnerships at Maple Leaf Sports and Entertainment, helped students understand how marketing has such a critical and complex place in sports because of the creativity a partnership can produce.

Students were able to learn tips on what to consider for a successful pitch from both Stokes and the judges from the Brizi delegate case competition. Being able to pitch is an important skill in the business world, and the students seemed pleased.

“The biggest thing is to always look at every angle of the picture,” said Leslie Bradshaw, a judge in the case competition. “Remember, it’s not only about the short-term success, but also the long-term feasibility of the project.”