A plague or two might be on their house.

The Ryerson Theatre School hasn’t aged well: it has been afflicted by structural nuisances such as flooding and termite infestations.

A heavy rainstorm in July led to the flooding of three rooms in the building’s basement, according to Kerri Bailey, manager of finance and strategic planning at Ryerson’s campus facilities and sustainability department.

While dealing with damages from the flood — which Bailey said has amounted to a $180,000 insurance claim for all affected campus buildings — the department has also been working to rid the old performing arts building of termites.

“I’ve seen termite tracks up the wall … which is why we have to leave the lights on all the time,” said Myers.

“If we shut them off, the termites can get into the set pieces.”

The school has been working in collaboration with MMM Group, a planning, engineering and management company that has been inspecting the building.

Although an MMM report said there were no visible termite tracks on the second floor at the end of October, the structural engineer recommended that the school implement a termite extermination program and an annual inspection

Peter Fleming, production and operations manager at the theatre school, said campus facilities have been helpful in ridding the building of the termites, but he added there is no permanent solution to the problem.

“It’s a team effort with an old building and every time we find something new, we call in and Campus Planning responds right away,” he said.

Fleming said exterminators would be back soon enough, as termites were found on the theatre school’s second floor.

“I honestly don’t think the termites will be gone until we have a new building,” Fleming said.

“So I don’t know enough about termite abatement to know whether or not in 10 years the poison will wear off and we may have them back again. All we’re hoping is that we can nip them in the bud and stop the progressed state.”

Aside from fixing the problem, the school is also making an effort to renovate the building.

“They have carpenters in taking out wood that’s damaged and putting in new wood after the spraying has happened,” said Fleming.

“There is a plan to put new mouldings in and pieces of walls and new door frames, so that’s going to be an ongoing process.”

As for the flood, Bailey said in an email that the theatre school’s basement was damaged the most, with three rooms affected.

Wardrobes that had been stored in the basement were washed and sold at the start of the year, Myers said. “What we didn’t sell off to students, we donated to a charity.” 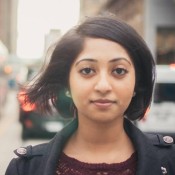