A credit slip, issued for $123.01 reads that “credit memo has no cash value and expires 30 days from date of issue.” (Erin Petrow/Ryersonian Staff).

If you bought a textbook from the Ryerson bookstore and no longer need it, don’t expect to receive a refund.

Retail management student Mat Catangui learned this lesson the hard way after purchasing his textbook only to find a used copy at a fraction of the price the next day. He returned to the bookstore, and instead of being reimbursed as he had hoped, he was given a store credit.

The policy is not new. A quick Google search shows students trying to sell discounted bookstore credits as far back as 2006. Catangui hopes that strategy will work for him as well.

Ryerson is the only university in Toronto with a bookstore that doesn’t have a full refund system for unused and unopened textbooks.

“I’m going to all my friends to see if they need to buy any books and trying to trade it,” he said. “It expires at the end of the semester and I’ve already purchased all of my books so there’s really nothing left for me to buy.”

For most students the biggest complaint was the expiry date attached to the credit, which effectively forced them to purchase merchandise they wouldn’t have otherwise.

“I felt super bad about not using my credit,” says journalism student Jessica Maxwell. “I ended up going to the bookstore and buying so much stationery that I was pretty much set for the next couple of years.”

The temporary bookstore located in the Podium. (Erin Petrow/Ryersonian Staff)

Ryerson is the only university in Toronto with a bookstore that doesn’t have a full refund system for unused and unopened textbooks.

“In these type of situations we try to be pretty … consistent with other universities,” says Ryerson president Sheldon Levy. “So if we are out of sync then we really have to question what we are doing, because if they can do it, why can’t we do it?”

According to a report by CBC, the price of textbooks has risen over 800 per cent in the past 15 years, leaving Ryerson students wondering why the bookstore is so unaccomodating to students who would benefit from having the cash back in their pockets. Catangui describes the employee who processed his return as having “no compassion.”

“They weren’t really helpful, just very abrupt,” he says. “I was basically told, ‘this is what it is and you’re just going to have to take it or leave it.’”

The bookstore had little to say about this policy when The Ryersonian reached out to them for comment.

Levy says the school is aware of complaints and is doing its best to be fair by handling returns on the individual circumstances of each student.

“The university has to see itself as being responsible fiscally but we are here ultimately for the students. We have to really review this, I take it quite seriously,” Levy says.

“I know the bookstore tells you to wait until after the first class to buy your books, but a lot of my syllabi basically tell me to make sure I get a certain book for class,” Catangui says. “So I’m kind of stuck in this place where I have to decide to … buy the textbook and risk not being able to return it or wait until the class (starts) and maybe fall behind in readings.” 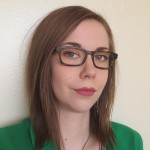 The art of levelling up: student club fills the void of a game development program

Ryerson faculty with young kids are in ‘survival...