Ever since Toronto police recovered a digital video file that allegedly shows Toronto’s Mayor Rob Ford smoking crack cocaine, the city has been in the international media’s spotlight.

All eyes were on our dear leader last week when he made front-page news, surprising everyone by admitting, for the first time, that he has smoked crack cocaine. This came as a complete shock to the local reporters, who had been camped out by the mayor’s office since police Chief Bill Blair’s announcement about the infamous digital video file the week prior.

The media storm that rained upon city hall was unlike anything Toronto had ever seen, and Ryerson journalism students were in the thick of it, shoulder to shoulder with every journalist and camera crew imaginable. Gaining experience that no amount of tuition could ever buy.

When Rob Ford was elected in 2010, my classmates and I were fresh-faced, first-year journalism students. Many of us were sent to city hall to cover the mayor’s first few days in office. Upon our return to the classroom, many were shaken up by our first real journalistic experience. Our professor at the time warned us to get used to heading down to city hall more often than not. He had a feeling that during our four years here, Ford’s first term as the mayor of Toronto wouldn’t come without controversy and a lot of media coverage.

Needless to say, he was correct. From fighting the gravy train to ranting about ripping an unnamed person’s throat out on a leaked video, Ford has almost begged for this unprecedented media attention. Journalism students such as myself have watched in both awe and disgust at how reporters have taken the bait.

It has all made for a strange, chaotic and incredibly interesting time to study journalism in the city of Toronto.

The mayor’s brother, Doug, actually sought out the city’s young journalists when he recently spoke to a second-year master of journalism class here on the Ryerson campus, just before the mayor cracked. While speaking to the class, he alluded to the fact that he could no longer listen to the news produced by the Toronto media because it simply isn’t accurate.

“Do your due diligence and find the facts,” he said.

Despite what Doug Ford believes, the Toronto media has found the facts.

It would have been a lot easier to report on the facts if the mayor didn’t withhold those facts from the people of Toronto in the first place.

The scandal revolving around the mayor is shaping up to be one of the biggest stories that students in the journalism program will ever cover while studying at Ryerson.

With our campus situated in downtown Toronto, we are among the lucky few who can report on this scandal first-hand. And it’s an experience that has not been taken for granted.

As the clock ticks down on the mayor’s first term and he plans his re-election next fall, this train wreck of a news story won’t stop.

For now, the controversy at city hall will not go away until the mayor steps down or is defeated in the upcoming election.

If Rob Ford gets re-elected and begins his second term as mayor of “this great city,” Ryerson journalism students may be lucky enough to experience another four years of absolute mayhem. If that happens, they should consider themselves lucky.

His pain is our gain. 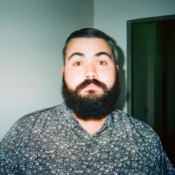