In the fight for a viable professional women’s hockey league, the Dream Gap returned to the place where it began.

The Dream Gap Tour is a showcase for women’s hockey professionals, and Toronto was one of the most anticipated stops.

After 12 years of operations from the Canadian Women’s Hockey League, the league folded on July 2. The league cited a variety of reasons for shutting down, including business decisions, events and financial constraints. They were looking for more fans — both to watch on television and attend the games. Seven of the 10 CWHL trophies were auctioned and donated to the Hockey Hall of Fame, and the league turned down two offers to purchase their assets.

But the end of the CWHL was not the end of women’s hockey in Canada. Shortly after the league decided to discontinue, the Professional Women’s Hockey Players Association (PWHPA) was formed. This group is over 200 players strong and the force behind The Dream Gap Tour.

The focus from the beginning was clear. Hockey Hall of Famer Jayna Hefford, an operations consultant for the PWHPA, said the goals for the tour are “to drive awareness to the need for a long-term, viable women’s professional league, and provide opportunities for our athletes to compete.”

When the Dream Gap Tour began with its first event in Toronto, no one knew what to expect. Marketing consultant Steve Conforti recalls the early days of the travelling showcase in September of 2019.

“So we wanted to do the Toronto event first…actually experience the full event so that we can then… kind of sit back, digest it and then figure out what we need to tweak for the upcoming events after that,” Conforti said

“We had four sold-out games in Toronto,” Hefford said. “It was assurance to the players that they had done the right thing, and there was so much support for the movement they created.”

Over the past few months, the PWHPA has secured sponsorships from Secret, Adidas, Tim Hortons and Dunkin Donuts, to name a few.

When the group came to Toronto this time, on Jan. 11 and 12, the success continued. Six games featured 120 of the world’s best players in just two days. The final game of the weekend featured Team Daoust vs. Team Spooner at Ryerson’s Mattamy Athletic Centre.

The showcase was well attended and despite the 8-0 victory by Team Daoust, there was encouragement from the crowd for both teams.

“You know, the fans have people on both teams that they’re cheering for,” Nurse said. “So I think it’s really unique and something that has probably never been seen before.”

Next week, the tour will continue in Kansas and it will close out in Philadelphia. 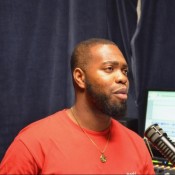