The future of fake news is liberal, Craig Silverman says

“I have to say, now that Donald Trump is in power, we’ll probably see more liberal misinformation in the United States,” Silverman.

Silverman spoke at the annual Atkinson Lecture hosted by the Ryerson School of Journalism annually. This year’s topic was Fake News, Real Consequences, on Jan. 31.

Craig Silverman speaks about the future of fake news at Ryerson on Jan. 31. Emily Theodore/Ryersonian

Silverman, also the editor of Online Verification Handbook, theorized that liberal fake news sites will see better engagement on Facebook because they can go after the ‘Trump Factor.’

“Now they have someone who gets people really exercised,” he said. “They have an enemy, just like a lot of the conservative sites had Clinton and Obama as enemies. That was very effective for them in terms of traffic and engagement.”

Fake news is shared more on social media than accurate stories are. Three out of five news stories shared on Facebook are fake, said Ryerson journalism professor April Lindgren at the panel. According to Silverman, the reason fake news is so engaging is because of its appeal to emotions rather than a presentation of concrete facts.

The overall distrust of mainstream media limits audiences further, and because social media sites such as Facebook are now a mix of both news platform and social sites, audiences are drawn to a single platform rather than to two individual sites.

“Trust in the media overall is very much declining in the United States and Canada, and I think that for a lot of people, if they’re less inclined to trust mainstream outlets, they go looking for other places,” Silverman said. “And now, on Facebook, where all their friends and family are, there’s a lot of news—and stuff like this is going to really appeal to them if they happen to have beliefs that are outside of the middle and little bit more to the left or a little more right.” 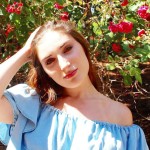