BREAKING NEWS
Ryerson science departments give medical supplies to Toronto hospitals fighting COVID-19
Toronto’s global climate strike moves online
A diary: what it was like leaving residence due to COVID-19
How to study at home for exams
Student groups are taking out the social from social distancing
NewsOff Campus 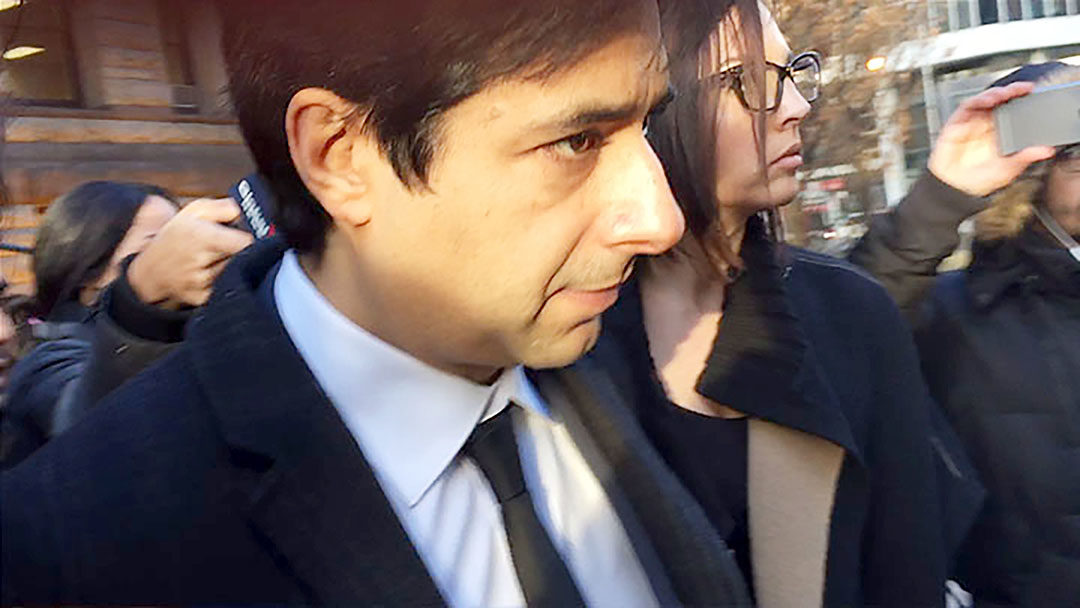 The long-awaited verdict in the Jian Ghomeshi sexual assault trial will be delivered March 24.

The trial, which began last month, wrapped up on Feb. 11 after only eight days.

Marie Henein, Ghomeshi’s lawyer, called no witnesses during the trial while the Crown called only four – the three women who are the alleged assault victims, including Trailer Park Boys actress Lucy DeCoutere, as well as DeCoutere’s friend and confidant, Sarah Dunsworth.

On Oct. 26, 2014, CBC spokesperson Chuck Thompson issued a statement that announced the broadcaster was severing ties with the longtime personality and host of CBC Radio’s Q.

“I’ve been fired from the CBC because of the risk of my private sex life being made public as a result of a campaign of false allegations pursued by a jilted ex-girlfriend and a freelance writer,” Ghomeshi’s statement read.

Later that night, an article was published on the Toronto Star’s website. It was the result of a joint investigation by Canadaland host Jesse Brown and Toronto Star investigative reporter Kevin Donovan.

It alleged that several women had come forward to Brown and Donovan, claiming Ghomeshi had attacked them. They reported abuses included slapping, punching, biting and choking.

Ghomeshi was formally charged with sexual assault and overcoming resistance by choking on Nov. 26, 2014.

In total, 23 people have come forward with allegations of sexual assault against Ghomeshi.

The alleged assaults took place between the years 2002 and 2008.

In one case a woman, who has not been identified due to a publication ban requested by the Crown, alleged that Ghomeshi threw her onto a bench, slapped, groped and smothered her while at a music festival in a Toronto park.

DeCoutere, the only complainant in the trial who agreed to be named, alleged that after going on a date, she went home with Ghomeshi, where he unexpectedly choked her until she could not breathe.

What was Ghomeshi charged with?

Ghomeshi was charged in November 2014 with four counts of sexual assault and one count of overcoming resistance by choking. The charges involved three women.

He was later charged with three more counts of sexual assault, but two of the charges were dropped.

Ghomeshi was tried in February and will hear the verdict on Thursday.

He is scheduled to stand trial for another sexual assault charge in June, which involves a fourth woman.

The charges are being tried separately because of the differing “factual context” of the alleged assaults, according to Crown prosecutor in the case, Michael Callaghan.

The factual context he is referring to is that the three complainants in February’s trial knew Ghomeshi in a social context, whereas the complainant in the upcoming June trial knew him only through work at CBC.

What are the possible verdicts?

The maximum sentence that Ghomeshi can receive, if he is found guilty on the sexual assault charges, is 18 months to two years in jail.

The charge of overcoming resistance by choking is a much more serious offence under the Criminal Code of Canada, and carries a maximum sentence of life in prison.

If Ghomeshi is convicted, he can appeal.

Criminal lawyer Ari Goldkind, however, doesn’t think that’s going to be necessary in this case.

“I can tell you that he’s not going to be convicted of anything. He will be acquitted,” Goldkind said.

“No judge in Ontario could convict Jian Ghomeshi, no matter how unpopular he is. He cannot be convicted with complainants whose stories are filled with significant problems.”

The most common problem was differences in testimony between the statements complainants gave to the police and those they gave in court.

Although the complainants said they had no contact with Ghomeshi after the alleged assault, cross-examination revealed that there had been contact.

New options for leftovers: Ryerson meal plans getting an update

Now it’s time to look closely at the roles played by the journalists who brought this interesting case to public attention: the Toronto Star’s Kevin Donovan and his “independent” source Jesse Brown.

I think it would be totally justified for Mr. Ghomeshi to seek to recover serious financial damages from these 2 individuals (and any direct employers) in civil court.

It would be interesting to understand the relevant detailed interactions between the investigative journalists and Mr. Ghomeshi’s formal accusers. In particular, I would like to understand Mr. Brown’s true motivations for getting involved in this matter.