A mock-up of Ryerson’s new cafeteria, The Hub. (Ryerson Eats)

Joshna Maharaj — who is in charge of menu options for Ryerson Eats — says the new program will make the cafeteria “a brighter, happier space to get food.”

“We are really going to show this campus what fresh food looks like,” said Maharaj, who is also executive chef and assistant director of food services at Ryerson.

Under the lead of Maharaj, she says Ryerson Eats has made a conscious effort to provide wholesome, homemade food to revamp campus menus.

“It’s important to know that now when you are eating on campus, you are supporting a more thoughtful and equitable labour system and you’re helping to nurture a more sustainable food system,” she said.

One of Ryerson Eats’s initiatives is the GoLocal campaign, which strives to build a market for local food on university campuses by labelling locally sourced products with the its symbol.

“When you see the GoLocal symbol, at least 80 per cent of the ingredients have been sourced from Ontario,” said Melissa Yu, a communications and administrative coordinator for Ryerson Eats.

According to Maharaj, 29 per cent of all food at The Hub will be locally sourced. Dairy will come from the Niagara region, and bread will come from Peterborough, Ont., and Waterloo, Ont.

She said all meats will also be locally sourced, and burgers will be made with beef from grass-fed cows.

“It’s a better alternative than buying from large national brands that may not pay as much attention to sustainability and health benefits of its produce,” Maharaj said. “We get better quality food, small business gets nurtured, and farmers make a decent salary.”

She said Ryerson had indeed abandoned students’ needs in its few food choices, and that there is a lot of work to be done to get students to reconsider campus food services once again.

“In a 10-minute walk radius of this campus there are over 300 food outlets competing for student dollars,” she said, but added Ryerson Eats’s new approach to food will give The Hub a competitive edge.

The Hub is also planning to team up with the sustainability department at Ryerson to get a gauge on the greenhouse gas emissions of its menu items.

Some other notable additions to the new cafeteria hub will be the addition of all-day breakfast, increased quality of take-out food — which will now be made in-house rather than being outsourced — and a new Tim Hortons.

Even vending machines will see a health improvement, with some offering non-genetically modified food and organic Ontario popcorn.

The hub was supposed to open on Monday, a week after students returned to school, but the opening was delayed.

Johanna VanderMaas, a Ryerson media relations officer, said in an email construction delays from duct and floor installations have pushed the opening date to Sept. 23, which will be followed by an official launch in mid-October.

Ryerson Eats did not provide a figure for how much the renovations cost.

See the floor plan below. 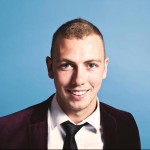