BREAKING NEWS
RSU lays off the majority of its equity service centre staff during COVID-19...
Midwives stepping up to increase health-care system’s capacity in the face of COVID-19
Students and employers adjusting to on-campus job changes
Death and burial during COVID-19
Four people share their working from home routine
Arts & LifeFeaturesFilm & TelevisionTopTop stories

In the fall of 2016, Toronto-based filmmaker Kazik Radwanski offered to exhibit one of his protegé’s latest pictures at a local festival he founded with Dan Montgomery, dubbed Medium Density Fibreboard Films (MDFF). Rebeccah Love, whom Radwanski mentored while she earned her master’s degree at the University of Guelph, attended the screening of her film, Drawing Duncan Palmer, at the Royal Cinema nestled in Toronto’s Little Italy.

“It was a busy night,” Love recalls. “I was excited to see my work on the big screen.”

Although the thrill of realizing her creative undertaking in its final form was strong, it was the after-party at the Monarch Tavern that left a lasting memory on Love. Following the screening, the group gathered around a big screen at the local hide to watch the Blue Jays’ wild card game against the Orioles. But Love was more engrossed in what was taking place off the screen.

“To see so many familiar faces, local independent cinematographers and editors, actors and producers, all supporting one another, cheering for the game – it just made me realize: this is a community, a vibrant and exciting community,” she said.

Love set about her filmmaking career with a keen interest in stylized sets and the whimsy of performance, colour and lavish costumes. It was the over-the-top visual spectacle that originally drew her to the craft, and it was a vocation she could indulge while studying at Ryerson’s Image Arts Centre, where she received her Bachelor in Fine Arts. The university offered her a soundstage as well as a cohort of eager students to assist with production. But after graduating, Love realized that the art of filmmaking was no longer sustainable.

She eventually gravitated towards what she characterized as a more naturalistic, do-it-yourself style, characterized by hand-held camera work, natural lighting and simpler stories centred on identity. Love learned to simplify her stories to draw more from realist traditions, escaping the film studios in search of natural light and the delights of domestic spaces.

The Toronto New Wave was a cinematic movement that emerged in the city during the 1980s. Pioneering the movement’s first feature films was Peter Mettler, followed by Ron Man, Atom Egoyan and a succession of others. The Toronto-based group existed without a set of stringent rules and worked instead through strong collaboration. The films were low-budget indie productions and were distinguished by natural lighting, long takes and hand-held camera work.

The filmmakers offered an image of the city and province as places of innate longing, where the pursuit of identity dominated the narrative. Although the Toronto New Wave began 40 years ago, the movement is now being stewarded in the 21st century by a new generation of directors, producers, cinematographers and editors.

While the original New Wavers are still producing successful films today, contemporary Toronto-based filmmakers are challenging the time-worn definition of Canadian cinema. What brought many of today’s New Wave filmmakers together was what unified the old cohort: their time at Ryerson.

What always defined Toronto’s indie film scene was that the pictures are made for next to nothing. This often gives way to shooting in fewer locations or resorting to simpler productions. Love, for example, will only shoot in one place for each of her films, and it’s usually one she already has access to. Doing this forces her and her team to think creatively.

“Any filmmaker trying to make movies on a shoestring budget belongs to this movement, in my mind,” Love says. “It’s comforting to know we are all in this together, all facing the same obstacles.”

For Aleksey Matviyenko, another Toronto-based filmmaker and Ryerson grad, the newer wave of New Wave can be characterized by a fresh emphasis on locality and a shrewd awareness of place and space. In many of these films, the city can conduct the narrative, it can be accentuated in mise en scène and it can imprint itself persuasively on the characters.

Some of the filmmakers from the emerging generation include another Ryerson grad, Jasmin Mozaffari, whose 2018 picture Firecrackers tells the story of two young women in rural Canada, desperate to escape their hometown. Firecrackers has an up-close-and-personal style that was born of Mozaffari’s experience with a style honed when working with cinematographer Nick Haight.

Matviyenko says Toronto, which often assumes the role of New York or Chicago, can easily be made the star of the film, and not just through sweeping shots of the CN Tower.

“The past desire was to make something that’s generic, not embracing the fact that it’s Canadian, pretending to be American,” Matviyenko said. “We try to move away from that notion and embrace locality, embrace our culture, embrace specificity.”

The orange cabs, the blue road signage, the conspicuous streetcars – these are native details that Matviyenko says can not only define a film as uniquely Torontonian, but command the audience’s attention toward that fact.

It’s about noon, and Walter Woodman has just rolled up to the office, located above Bellwood’s Brewery on Ossington Avenue. The space is an open loft with several desks  and massive spools of sheet paper rolled up on sides of the room – presumably for screenings or productions. The upper portion of the office is crammed with boxes, merchandise and a small stop-motion set under the light of a ceiling window. A large part of Woodman’s day is spent in this office, animating under the ruddiness of a pink neon sign. The current project is about, of all things, a talking doughnut hole.

Woodman is one-quarter of Toronto-based film collective known as “shy kids,” a group that also includes his friends Patrick Cederberg, Matthew Hornick and Greg Francis. The quartet got off the ground at an impromptu talent show in Ryerson’s Pitman Hall. They performed an acoustic rendition of Sir Mix-A-Lot’s Baby Got Back, and won. “We had an amazing year,” Woodman said.

The shy kids would go on to collaborate for their thesis on the 2013 film, Noah, which is entirely set on a computer screen. Noah went on to win Best Canadian Short Film at the 2013 Toronto International Film Festival, as well as a Canadian Screen Award. Woodman says what characterizes his style is the group’s ability to work post-production magic.

For some projects, Woodman says the team grabs a camera and runs around the city, procuring shots to later animate over.  “The scene here is very alive,” he said. “There are beautiful films being made, often on small budgets.”

For the original New Wave cohort, a financial windfall came in the mid-’80s. In 1984, the Toronto Festival of Festivals (now known as TIFF) hosted the new leading event for Canadian cinema. For those stewarding the movement today, financing and exposure is still difficult to come by. Woodman says many of his fellow filmmakers have moved to the U.S. in search of capital, to avoid relying on public funds.

Love says these challenges around securing financing are exerting enormous pressure on budding filmmakers. It often leads to a brain drain to the United States, to the reliance of high-budget studios. “When I look at my peers, I see remarkable perseverance,” she says. “I see filmmakers suffering unbearable heartaches, bravely commuting to their day jobs which they may or may not enjoy, calmly persisting despite festival and grant rejections.”

Although the accessibility that Ryerson afforded the student filmmakers was, indeed, helpful, many say that the most valuable gift of their university time was forging the connections that produced the community existing today.

“It’s film school. No one really cares about the teachers and what they say. You just go out and make films,” Woodman says. “Luckily, I was in a class with people who were very concerned with making good films, and that’s what pushes you to make better stuff.”

“Friendships are forged easily between collaborators,” Love says. “Here, there’s an emphasis on empathy and connection, on lifting each other up and helping each other through tough times.” 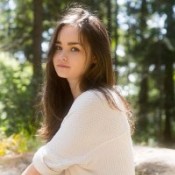