The latest on Rob Ford’s infamous crack video: A police account of IMG_0312.MOV

As part of the Project Brazen 2 investigation, here it is, tweeted by Global News reporter Jackson Proskow.

Detailed description of the video. Tweeted by @JProskowGlobal.

The description is in line with previous accounts of the crack tape.

In the video, Ford mentions the name, “Liban,” which may refer to Liban Siyad, who was charged in Project Traveller, a police drug investigation centred on the Dixon City Bloods.

Police say the investigation is ongoing — the most recent search warrant is dated Mar. 7. 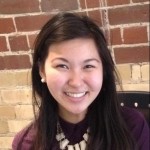