In this edition of our arts and life podcast, Jonathan Forani and Lauren Murphy speak with the latest “Voices” columnist, Marie Alcober, about her close brush with death during the 2004 SuperFerry 14 bombing in the Philippines. The incident was the deadliest terrorist attack in that country and the deadliest ever at sea.

We break down some of the week’s hottest topics including the Breaking Bad finale’s satisfaction problem and the show’s remarkable spike in viewership.

We dish on early Halloween costume prep. Word on the street is that Miley Cyrus will be the year’s go-to — and NSFW — costume.

Resident music expert Sarah Murphy drops into the studio for a chat about Rob Ford’s visit to Austin, Texas, in hopes to make Toronto the next big music city — will it work? 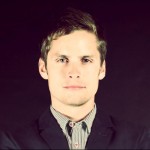 Apps to help you stay gluten-free