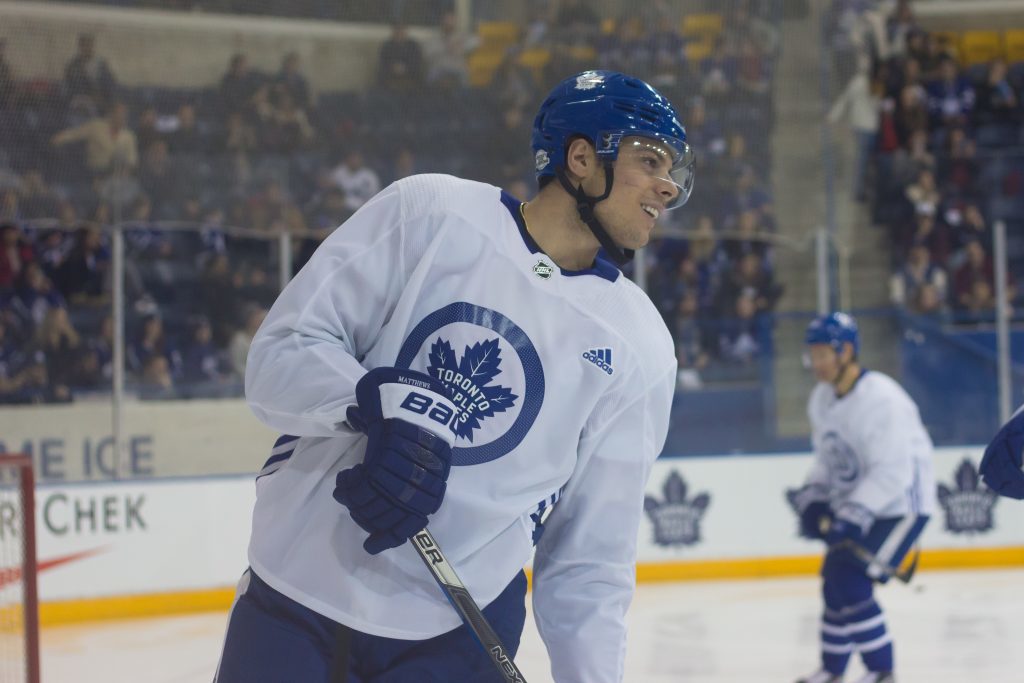 Auston Matthews smiles during the Leafs’ open practice at the Mattamy Athletic Centre on Tuesday afternoon. Photo by Anders Marshall.

It’s been 19 years since the  Toronto Maple Leafs’ last practice at the Mattamy Athletic Centre (MAC), then known as Maple Leaf Gardens. Today, the MAC welcomed the Leafs team back on the ice at 12 p.m. for an open practice.

“I have fun memories (growing up); we didn’t get tickets often, but when we did it was obviously really special to come to the hallowed grounds here at Maple Leaf Gardens and see my heroes play,” said Leafs centre Dominic Moore.

The arena was filled with Ryerson and elementary students, teachers and families. No matter what age, the crowd was cheering for the selective Rams hockey athletes and the Leafs.

“It must be nostalgic for the Ryerson athletes to play on the ice with the Leafs back where they originally started,” said Maria Papadakis, fourth-year sport media student who attended the practice.

Before the Leafs took to the rink, 10 select Rams from the men’s and women’s hockey teams hit the ice for a skills competition. Mascots Eggy and Carlton faced off in an unorthodox standing shootout, and then the Leafs touched the grounds once again for a 45 minute practice. 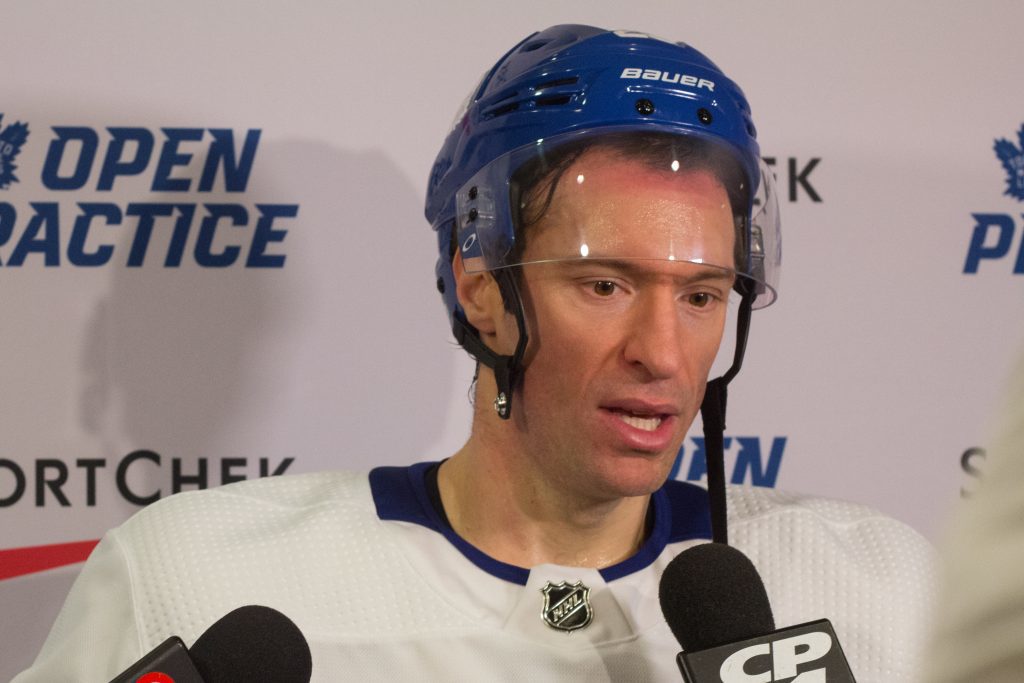 Fans made signs, screamed the names of their favourite Leafs players, and a lucky handful left with pucks from practice.

“It’s so nice that they preserved it this way, and for us to come out is a great thrill,” Moore said.

Toronto’s Leafs Nation fan club is in the midst of its annual Leaf Nation Winter Week in appreciation of the team’s  fanbase. The week continues until Feb. 19, hitting the road to meet fans from Guelph, Barrie and Muskoka. Then, it’s back to Toronto with the AHL Toronto Marlies’ Family Day game at the Air Canada Centre.

OPINION: Love for commuters is not easy

Walk away from the Church St. walkway