Maryam Waseem takes the bus home from school nearly everyday. On the way to North York, she sits down on the bus and watches Netflix on her phone, as usual. One day last month, a man approached her. She looked back at him. “Donald Trump is going to fix you,” he said.

“He called me an ‘effing’ refugee and an immigrant,” Waseem recalls. At first, she didn’t understand the incident. “I didn’t know that people were Islamophobic here until Donald Trump got elected. And then it just bubbled over,” she says, trying to make sense of the man’s behaviour.

Waseem says that incidents like this are becoming more and more common in her day-to-day life. Just last week, her friend, who also wears a hijab, got off of the subway at Bayview station where she says someone threatened to push her into the subway tracks. “So many times while I’m on the subway, people try to strike a conversation with me and ask me why I’m wearing a hijab, they ask me why I’m oppressed,” she says. 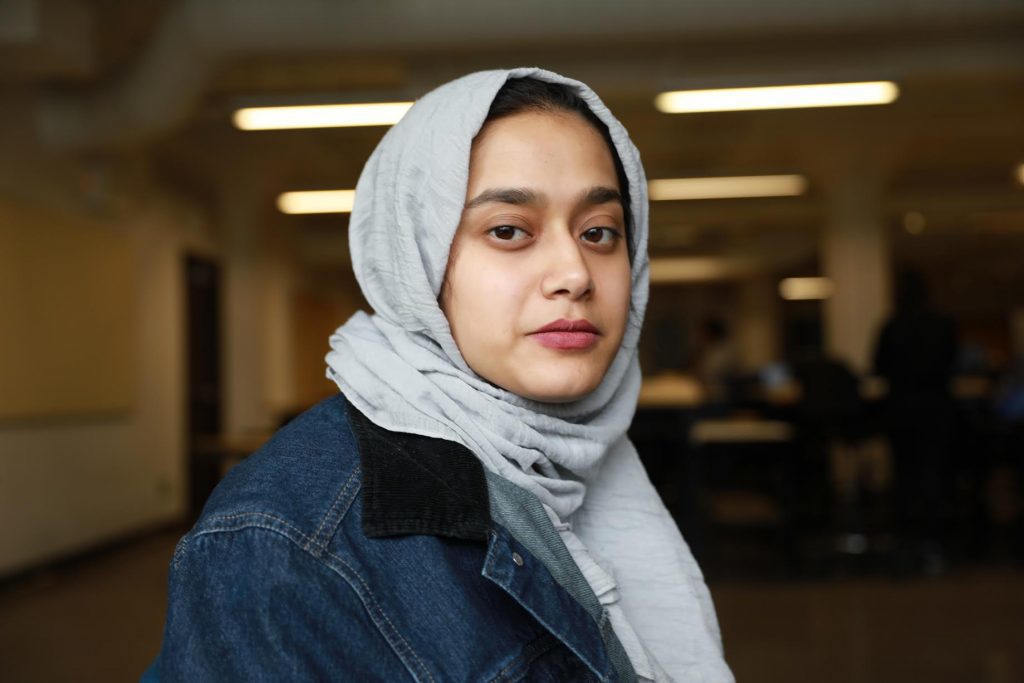 Constantly being surrounded by people questioning her religious beliefs has caused her to have doubts about why she wears a hijab, Waseem says. The decision to wear it has been at the core of her identity, being “the biggest decision that I made in my life,” she says.

Her faith has now impacted her life as a student.

Ryerson’s school of urban planning has cancelled all trips to the U.S. This was in response to Donald Trump’s executive order, referred to as a travel ban, which critics say intentionally discriminates against Muslims.

Waseem is one of just three women in her program who wears a hijab. When she heard the news that Ryerson’s school of urban planning made the decision to cancel all trips to the U.S., she was surprised. “I didn’t think [the travel ban] was going to affect Canada, nonetheless Toronto.”

The email, which was sent Feb. 17, said that this decision was made to “ensure that no one in our community would face the barriers to participation that could result from shifting American travel policies.”

Canada’s largest school board, the Toronto District School Board, also announced in March that it is now cancelling all school-related trips to the U.S. because of the current political climate. Ryerson’s president, Mohamed Lachemi, called the ban “personally very troubling.” He added that the “[travel ban] is counter to Ryerson’s aim to promote equity, diversity and inclusion as an essential feature of all that we do.”

Waseem is of Pakistani heritage and lived in Saudi Arabia until the age of 13. She immigrated to Toronto six years ago, where now she has nearly finished the first year of her undergrad at Ryerson. She says that what made her want to enter the profession is her interest in making cities sustainable.

Her classmate and first-year urban planning student Alexandra Kristajic says that the news of the trips being cancelled was devastating.

“It’s not fair,” she says. But nonetheless, she says that avoiding America is the best option. “You don’t want some people to be able to take part in this opportunity and some to be left out.”

Scott Plante is a fourth-year urban planning student getting ready to finish his undergraduate degree in less than one month. He’s also Ryerson’s representative for the Ontario Provincial Planners Institute, the voice of Ontario’s planning profession. He says that he is proud of Ryerson’s decision to cancel the field trips.

“In the face of uncertainty, it’s better to be safe than sorry,” he says. “I think it’s really important for the Ryerson students to be able to get the full experience that anyone is able to get.”

Jacob Circo, 18, just accepted his offer to begin studying at Ryerson’s school of urban planning this coming Fall. He says that he’s excited to begin his studies, “but if I had heard about [the U.S. trips] being cancelled earlier, I might have had second thoughts about applying. It makes me second guess coming to Ryerson,” he says.

Circo adds that he thinks the decision to fully ban the field trips was too political.

The deadline to apply to Ontario universities was on Jan. 19. The school internally sent the email telling students that the decision was made to cancel trips in February.

Circo said that he didn’t find out about the news until he read the initial story written by the Ryersonian.

“If they let kids know before the holidays … that they want to cancel or change the programs, that would be a much better decision so kids can plan their future instead of ‘surprise, surprise, we’ve decided to change our program,’” he says. “I think they should let people know earlier, before OUAC’s deadline.”

Andrew Johnson graduated from Ryerson’s urban planning school in 2009. During his time at Ryerson, he went to Pittsburgh in 2007 with his class. When he heard the news, he thought immediately of two students who were in his class. They would not have been let into America since they have roots in two of the countries listed on Trump’s ban.

Johnson says that these students “would have been left out right away. It’s not fair to them to miss out on something like that.” Johnson thought that one solution is to potentially offer a choice between one U.S. city and one Canadian city. 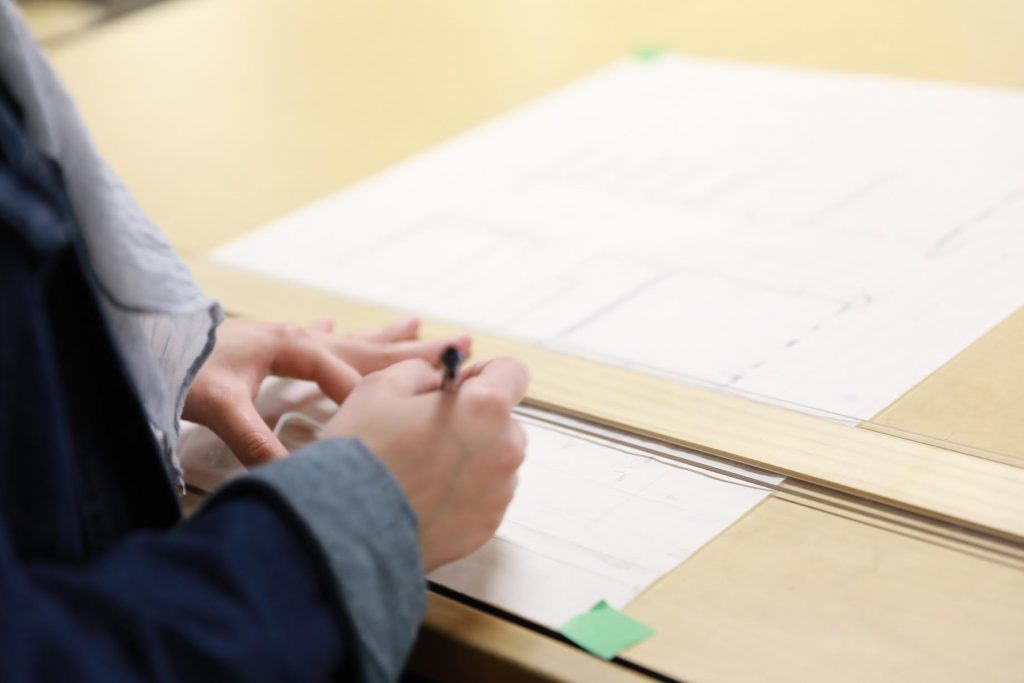 For Waseem, she says that the school’s decision to back out of travelling to the U.S. gives her a sense of support.

“It makes me feel like my identity as a Muslim person is something that’s valued to the school of urban planning,” she says. “Just the thought of them thinking of that makes me feel like the hard work that I’m putting into this school has some value.”

Trump’s attempt at a temporary travel ban targets majority-Muslim countries. The revised travel ban is currently being fought in court and is in the hands of U.S. federal judges.

The order also suspends America’s refugee system for a period of 120 days. Trump has rationalized this decision publicly in the name of national security.

Waseem’s downtown mosque has felt the impact of a shifting political and social climate. “It does make you feel a little scared,” she says.

The mosque downtown that she regularly attends has had protesters on its front steps, advocating against Islam. “I’m not going to churches, temples or synagogues doing this. It’s sad that people believe I’m going to harm them in some way because I’m not,” she says.

When the urban planning school announced the cancellation, its chair Chris De Sousa said, “as a community, our students come together during these trips.

“It’s not only about the experience of learning, but us, as a group, coming together.” However, the political climate in the U.S. right now is not one for achieving unity. In his perspective, “I think staying here is better for us.”

Waseem hopes that the travel ban will not make its way out of the American judicial system and into long-term public policy. She wants to travel to New York in two years with her class, like she thought she was going to do as a part of her studies.

Waseem wants people to respect her faith. She is going to keep taking the same bus home from school everyday, she says, but she hopes things change. The route home will stay the same, but she hopes that people will be mindful that their words, similar to the hijab that she wears, have meaning and impact. “A book is just a book. But a person who believes in it has a completely different understanding,” Waseem says. “And like any book, it needs analysis.”