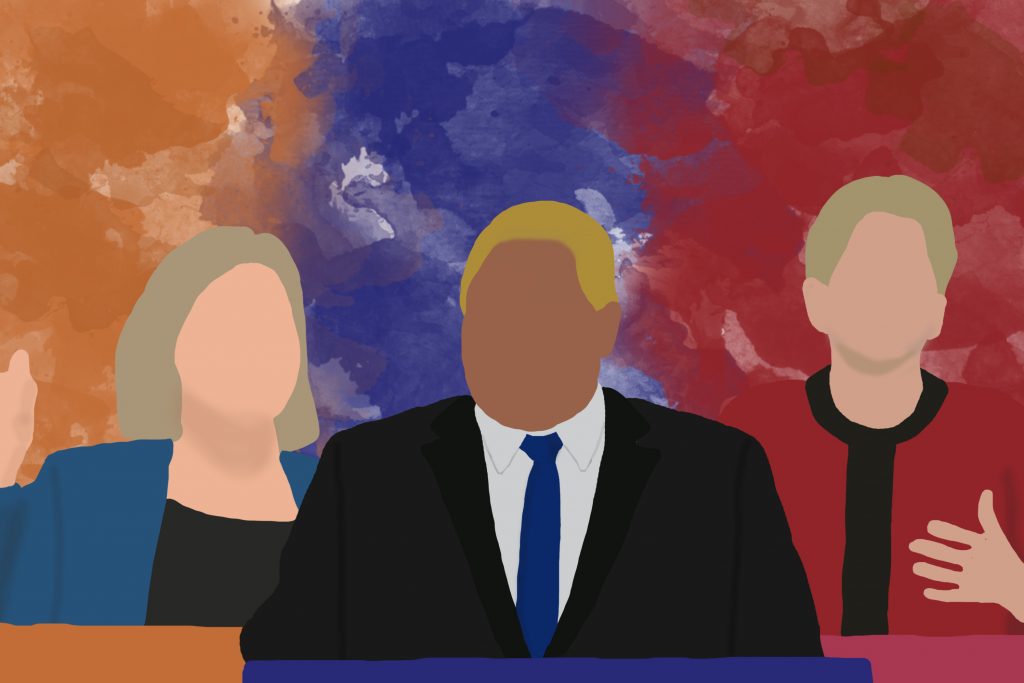 For Husam Khalo, head of Ryerson’s Campus Conservatives, the right candidate won the race for leader of the Ontario Progressive Conservatives.

“For me personally, I was leaning towards Doug [Ford.] He was my first choice on the ballot. I first met Doug last month and my first interaction with him was so genuine.”

“I will not take this responsibility lightly,” Ford said in his victory speech Saturday. “To the people of Ontario, I say, relief is on its way. To Kathleen Wynne I say, your days as premier are numbered.”

To the people of Ontario….I say relief is on its way….And to Kathleen Wynne I say….Your days as Premier are numbered. #Pcpoldr #pcpo #ford pic.twitter.com/DOiSdFcRRp

The official announcement of the results had been delayed for hours as over 1,000 votes were in dispute. A review was held to confirm which riding a number of ballots originated from and while a discrepancy was found, it was deemed insignificant to the race results and Ford was still determined to be the winner.

However, Elliott did not concede victory until the next day, instead releasing a statement saying that there were “serious irregularities” in the election process. Elliott also noted that she had won the popular vote and received the most votes in more ridings than Ford. However, the race is won through electoral points, which are awarded based on the share of votes each candidate wins per riding. While Elliott won more ridings, Ford won his ridings by a higher percentage – receiving 6,202 points, compared to Elliott’s 6,049 points.

Despite Ford’s contentious win, Khalo says the party will not remain divided for long.

“For us, it’s just about getting rid of Kathleen Wynne. Obviously there’s going to be some bitterness for the next 72 hours, but other than that, I think everyone’s going to be behind Ford.”

While concerned by Ford’s victory, co-chair of the campus NDP organization Martin Fox says his win could end up helping the New Democrats.

“Part of me is slightly optimistic because I think so many people disagree with what Doug Ford represents that there will actually be significant mobilization against him,” he said. “On the other hand, I think it’s also unfortunate that someone like him, someone who has the beliefs he does … the fact that someone like that managed to become leader is also concerning.”

Despite Ford’s unpopularity amongst some Ontarians, president of the Ryerson Young Liberals Dario Dimitriev says Ford’s brand of politics appeals to others.

“[Ford’s] sort of rhetoric is becoming more and more popularized. People want to see candidates who are not your typical Conservative politician.”

It is a historical moment as I enter Queen's Park for the first time since being elected as the new PC Party of Ontario leader. #pcpo #onpoli pic.twitter.com/E51Rkw6smo

Ford had previously said that the leadership vote had been “corrupted” and that the party leadership was siding with Elliott by refusing to extend the voting deadline a second time – a move that he said would deny “thousands” of PC members the right to vote. As of March 9, 71,402 party members had been verified and the party confirmed that 64,053 members had cast ballots when voting closed last week.

The race began in early February after the sudden departure of former leader Patrick Brown. The Tories had been preparing for the election under Brown until allegations of sexual misconduct forced him out of his post in late January. He has consistently denied the charges.

Brown was also briefly in the race to replace himself until he dropped out hours after Ontario’s integrity commissioner announced that he had launched an investigation into a complaint filed by Tory MPP Randy Hillier about an alleged ethics breach by Brown.

Now Ford, Liberal leader Kathleen Wynne and NDP leader Andrea Horwath will be contending for the premiership as Ontario moves closer to the June 7 provincial election.

For Ford to win, Khalo says he must “unite the province.”

“He convinced Conservatives to stand behind him. Now, it’s Doug Ford’s turn to convince Ontario that they need him more than ever. Kathleen Wynne has made a lot of decisions that I think Ontarians are frustrated with. I’m sure she’s a genuine, good-hearted person … but her decisions have led to long-term consequences.”

To beat Ford, Fox says it is in Horwath and Wynne’s best interests not to turn to negative campaigning.

“They don’t have to do too much [to win.] Doug Ford is extremely recognizable across the province. There’s not much that they need to do to attack him. I think he will be his own worst enemy, in terms of saying things and saying them in a way that a lot of people will not find acceptable,” he said.

“The NDP and the Liberals just need to focus on themselves and not get bogged down in attacking Doug Ford.”