Laggy Zoom calls and proctored exams have been high on the list of concerns for Ryerson students unsatisfied with disorganized D2L shells almost a year into the switch to remote learning.

“Some profs are very late when it comes to uploading stuff and it’s a bit annoying, especially when they upload the syllabus the day before and expect readings to be done before the first class,” said fourth-year creative industries student Parker Ducharme.

“Sometimes D2L (course shells are) so messy because some professors don’t take the time to organize it and make it conducive to more independent online learning.”

The organization of course shells is one of many aspects that contribute to students being apprehensive about using D2L as the primary source of student-professor communication. Another issue students raised is instructors not uploading course content in a timely manner.

“There were a few times when content was uploaded late and it affected my studying,” said Naushad Sayeed, a third-year computer science major.

“Once, my professor uploaded the lecture recording after the midterm was over, but the stuff in the recording was in the midterm.”

Despite the challenges in the switch to remote learning, some students say there have been advantages, too, with working online. A notable number of exams have been replaced with final assignments, according to both Ducharme and Sayeed. Though they said this might be a good thing, not all professors have made this switch.

Instead of replacement assignments, some students have had professors make exams easier than usual, according to fourth-year business student Hassan Elahi.

“This is no way to conduct a learning environment,” said Elahi, speaking specifically about the business program. “These ‘tests’ are completely meaningless, (they) should instead be replaced with assignments or more group work.”

Sayeed says his exams last semester were made easier as a result of the switch to remote learning. “I really wish it could be like that for all classes,” he said.

Some students wanting to replace exams with final projects does not come as a surprise, as 63 per cent of post-secondary students are very concerned or extremely concerned about the effect the pandemic will have on their grades, according to Statistics Canada.

Despite the overall positive attitude towards final assignments expressed by Ducharme, Elahi, and Sayeed, there is some concern about the increase in small assignments that are worth less marks.

“A lot of courses have so many tiny assignments, which in one or two courses would be fine,” said Ducharme. “However, with every course having something worth two per cent due each week, it’s a lot to handle.”

Elahi said he believes collaborative work online is not ideal, but is still “more effective” than standardized testing online which he thinks would be too easy for students to cheat on.

Ducharme’s priority remains improving organization on D2L. “It’s just nice to have everything clearly organized on D2L or in some sort of document to understand what has to be done each week from the beginning of the semester,” he said.

Despite the year of uncertainty, Ducharme wants transparency from his instructors when it comes to what’s expected of him in online classes. 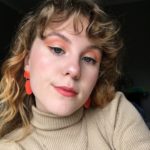