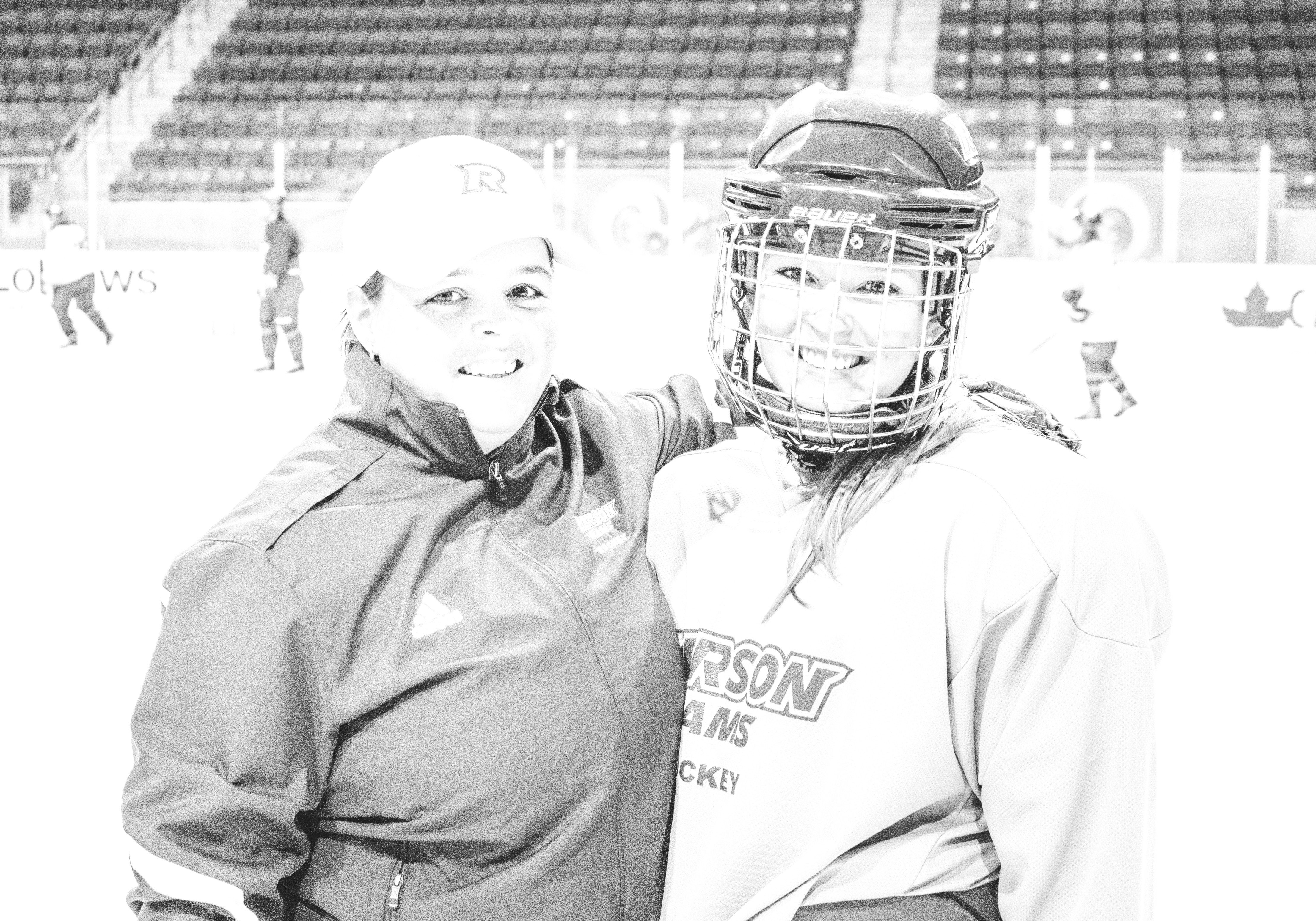 Former Ryerson hockey players Jessica Hartwick, Melissa Wronzberg and Alex Armstrong made history this summer, becoming the first Rams to be drafted into the Canadian Women’s Hockey League on Aug. 21.

Two of the three players were selected by the Brampton Thunder. Hartwick, a defender and former Rams captain, was taken 38th overall by the team. She graduated as Ryerson’s leader in career power-play goals and penalty minutes, while also being named team MVP for the 2014-15 season.

Extremely honoured and excited to be chosen by @BramptonCWHL in this year’s #CWHLdraft can’t wait to rep my hometown again!

Wronzberg was taken as the 43rd pick in the draft. She finished her Ryerson career as the team’s all-time leader in goals, assists and points.

Super excited and honoured to get drafted by the @BramptonCWHL today at the #CWHLDraft.

Armstrong, a goaltender, was selected 64th overall by the Toronto Furies. She spent three seasons with the Rams from 2013 to 2016 before transferring to another school.

“To see them move on and play in the world’s best league in the female game is fantastic,” said women’s hockey team head coach Lisa Haley.

Hartwick and Wronzberg both spent five seasons wearing the blue and gold. Known for their longevity as much as their offensive prowess, both players ended up playing 100 career games for Ryerson. Hartwick played in 116 contests while Wronzberg suited up for 124 – never missing a game.

“I like to play through everything,” Wronzberg said. “Luckily, I didn’t have any serious injuries. I would play through being sick and when I had a dislocated hip, they just taped it in place [before the game].”

Unlike many professional sporting leagues in Canada, the CWHL does not currently pay its players. Wronzberg said they are hoping to be able to create a salary by next season, depending on advertising and ticket sales.

“[For women in hockey,] we play because we love the game. It’s not like men’s hockey where you can be making millions of dollars,” Wronzberg said. “It’s not about the money for us.”

Both players were able to gain a lot of experience by playing at the university level.

“I’m so excited for both of them. I watched them grow into strong, confident women through their time here at Ryerson in so many areas,” Haley said. “On the ice they were two players that left a real positive impact in our program … and honestly we probably haven’t replaced everything that they bring.”

A total of 18 student athletes were drafted into the CWHL from the CIS, including 11 from OUA schools.

The Brampton Thunder open its season on Oct. 19 against the Montreal Canadiennes.