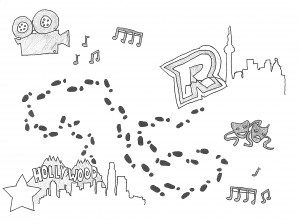 These Ryerson grads have made their way from Toronto to your TV set. (Kyla Dewar/The Ryersonian)

Ryerson is a place full of emerging talent. While some find success in their fields, others take a leap and find it in something new.

Here are some success stories of actors who started their journeys off at Ryerson, and ended up on our screens. 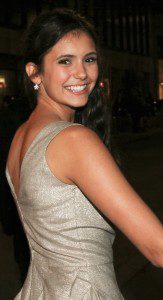 How You Know Her: Although she never graduated from Ryerson, Nina Dobrev broke into the industry as the single mother, Mia Jones, on Degrassi. She currently plays doppelgänger vampires Elena Gilbert and Katherine Pierce on The CW’s The Vampire Diaries, which is currently in its sixth season. As fans would say in reference to her character’s tumultuous relationship with Damon Salvatore, #TeamDelena.

How You Know Him: A few months after graduating, McCormack starred in the popular sitcom Will and Grace as one of its lead characters, Will Truman. Today he stars on ABC’s crime drama Perception.

How You Know Her: Winnipeg-born Via Vardalos most notably wrote and starred in My Big Fat Greek Wedding. The film follows Toula (Vardalos), the daughter of a restaurant-owning Orthodox Greek family who falls in love. This movie is considered to be the highest-grossing romantic comedy of all time. Vardalos can now be seen in guest appearances on shows like the comedy series Marry Me and the long running Law & Order: Special Victims Unit. 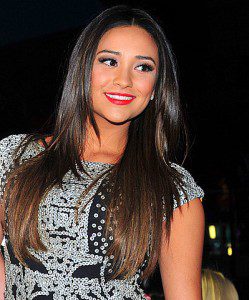 How You know Her: Twenty-seven-year-old Mississauga-born Shay Mitchell is currently Emily Fields on ABC’s Pretty Little Liars, a teen soap opera about cyberbullying gone too far.

Majored in: Radio and Television Arts

How You Know Her: Wong’s martial arts background landed her the role of Knives Chau in Scott Pilgrim vs. The World as the titular character’s needy ex-girlfriend. She also played Mouse, the quirky best friend of Carrie Bradshaw on the Sex and the City TV spinoff, The Carrie Diaries on The CW. 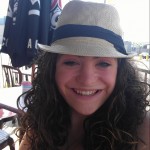