The semester is in full swing and most students have already bought their required class materials. Among those are the two most prominent interactive learning tools — Top Hat and iClicker.

Ryerson does not have a policy in place that mandates the use of one or another, and that’s caused some overlap.

Top Hat is a digital program where students can answer lecture questions on their website, app, or by text. iClickers are more conventional and mostly require a TV remote-like device for interactive participation.

Grant Weaver, a first-year sport media student says he’s fed up about this. In the first semester, he paid for a Top Hat subscription — which costs $24 for four months, $32 for a year or $72 for a lifetime membership. On Friday, Weaver also needed to buy an iClicker for a geography class, which retails at the campus store for $69.95.
“I’m not impressed by the university at all,” said Weaver. “Whatever decision they make (between the two) it’ll be better if they just choose one.”
Patrice Dutil, a professor in the politics and public administration department, agrees.

“I think it’s unfair if students have to buy a combination of technologies (that) do the same thing,” he said. 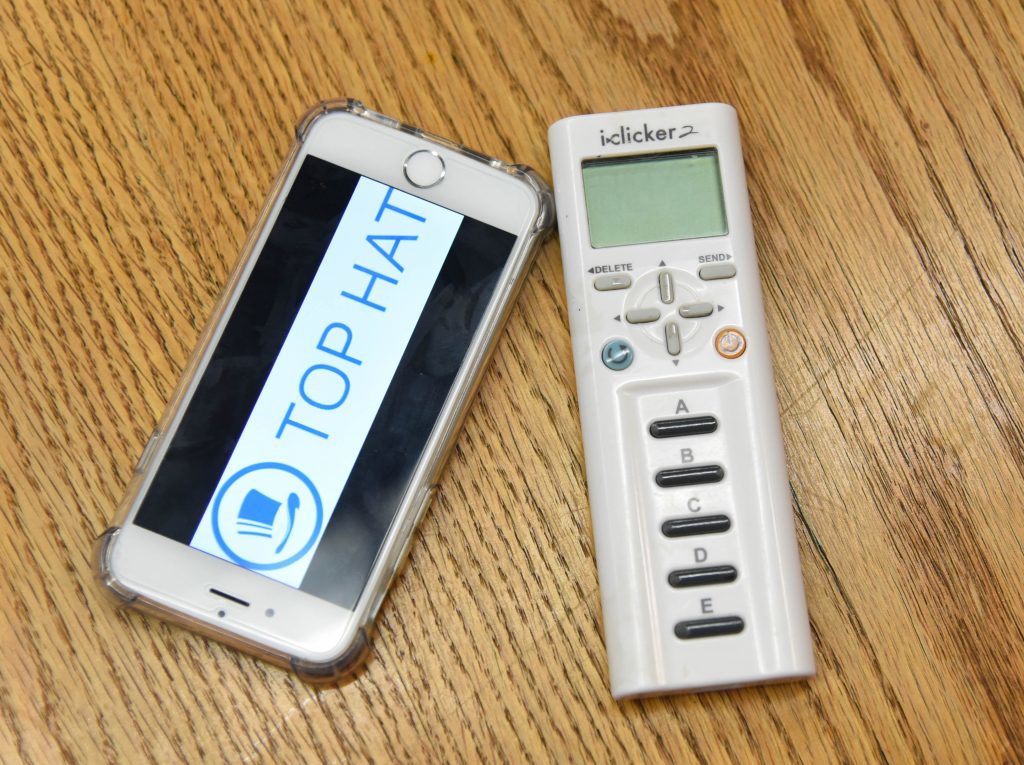 Eric Kam, director of Ryerson’s Learning and Teaching Office, said the university is aware of this and is trying to find a solution, although there is no timetable for any sort of deal.

“It’s not just as easy as picking a company and saying, ‘OK, you win,’ because we’re a public sector institution and there’s things that go on when you want to make a financial deal,’” he said.

According to Kam, Ryerson’s academic freedom policy allows professors or instructors to choose whichever platform they think is best.

However, individual departments or faculties have the ability to override this. He thinks that it’s up to the professors or instructors to decide what is best for their students.

Dutil has used Top Hat for the last six terms and was not aware of the iClicker platform, but loves the convenience that Top Hat provides.

“I think that it adds a great deal to my lectures, I think the students are a lot more engaged in the lectures as a result,” he said.

“Top Hat is better because you don’t have another piece of technology to carry around. Everybody has phones, everybody can get the app and it’s a quarter of the cost of an (iClicker).”

However, Restiani Andriati of Ryerson’s Digital Media Projects Office thinks that until a solution is reached, iClickers are the best bet.

Students may be unaware from semester to semester if they’ll be required to buy these platforms or not. If used for only one class or semester,

Top Hat is over $30 cheaper. But Top Hat’s value in comparison to iClicker decreases if used for more than one term. Plus, iClickers are much easier to resell to fellow students. There are also slightly cheaper versions of iClicker products available online, but many instructors or professors still mandate the use of physical clickers.

“I just wish they’d choose one,” said Weaver. “Paying for both is a waste.”

“It will take as long of a process as it takes to get to a point where it’s fair for our students,” Kam said.

“We want to make sure that our instructors have choices and flexibility when it comes to digital learning resources, but at the same time we need to be mindful of cost for our students,” he said. 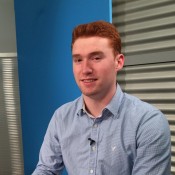 Ryerson DJ tries to spin his way to the top

How I handle a long-distance relationship and anxiety