Ontario students may find their part-time paycheques a little more satisfying if the Toronto & York Labour Council succeeds in boosting minimum wage above the current meagre rate of $10.25 per hour.

The council, which represents just under 200,000 workers in the region, called for the provincial minimum wage to be raised to $14 per hour last week at the Ontario Minimum Wage Advisory Panel.

Cartwright anticipates business lobbyists will react negatively to the council’s proposal, but told the advisory panel that “the sky doesn’t fall” when lower-income people get better pay.

Should council succeed, the wage hike will be particularly beneficial for Ontario university students, for they pay the highest tuition in the country.

Tuition for the province’s public and private post-secondary institutions has skyrocketed by 370 per cent since 2006, according to the Canadian Federation of Students. Minimum wage, however, rose just under 33 per cent during the same period. 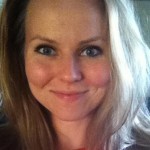 VIDEO: Dozens audition to dance for the Pak