Toronto Mayor Rob Ford took to the airwaves to defend himself Sunday and demanded police release a video allegedly showing him smoking what appears to be crack cocaine.

“I am the first one to admit that I am not perfect… I have made mistakes and all I can do right now is apologize for the mistakes,” he said.

“There is no one to blame but myself and I take full responsibility for it,” he added. “If there was a button to push to change everything, I would. Unfortunately, there is no button to push.”

When pressed, Ford said he was apologizing for his drunken behavior during Taste of the Danforth and on St. Patrick’s Day at city hall.

He promised to curb his drinking and make other unspecified changes in his life, but he refused to step down as mayor.

“I want to keep working for the people of this city,” he said. “There is still a lot of work to be done. I want to continue doing the job I was elected to do three years ago.”

For the rest of his term, Ford wants to focus on customer service at city hall. He also said he is going to hire a driver.

Ford’s apology did not, however, address the video at the heart of the scandal surrounding him, though he urged police chief Bill Blair to make it public so Toronto residents can make their own judgments.

The mayor’s apology came following a barrage of revelations late last week related to a Toronto Police investigation. The courts released documents related to Project Brazen 2, a drug trafficking investigation involving the mayor’s friend Alexander “Sandro” Lisi, Thursday morning. Then police acknowledged they had recovered the alleged crack video originally reported on by Gawker and Toronto Star from a computer seized during the spring raids.

But there are still a number of documents related to Project Traveler, an investigation into the Dixon City Bloods gang, which the media continue to pursue. On Friday, Ryder Gilliland, one of Toronto Star’s lawyers, sat down with The Ryersonian to explain why the media is eager to obtain those documents.

Gilliland has been in court arguing for the release of more information from that investigation. It resulted in the arrest of numerous people allegedly linked to the video, including Mohammed Siad, the man who reportedly was in possession of the video. While some Project Traveler documents had been previously released, they were heavily redacted. 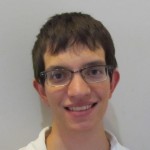