Four universities across the Greater Toronto and Hamilton Area (GTHA), including Ryerson, are commissioning a survey to collect data on how students commute.

The survey is an effort to provide transportation authorities enough information so that future transit development reflects the needs of students. 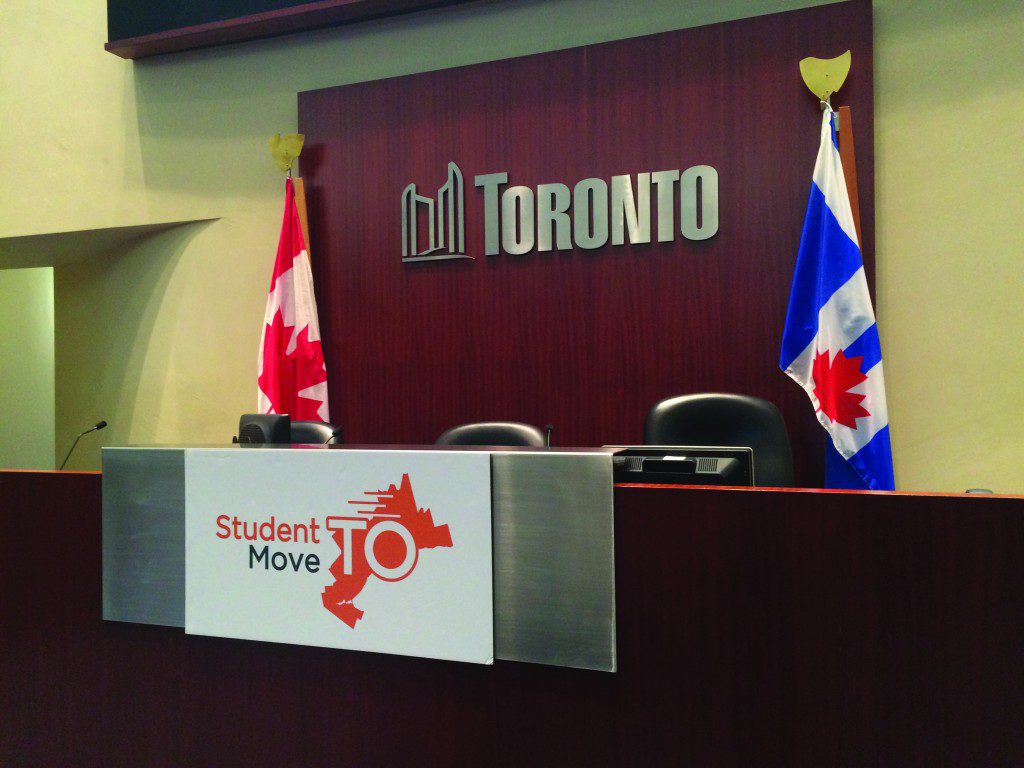 The survey will be sent to students beginning Sept. 28. (Hania Ahmed / Ryersonian Staff)

“For the first time, we have the opportunity where students can actually actively participate and provide their input,” said Raktim Mitra, a professor at Ryerson University and one of many researchers involved in creating the survey.
The survey will be sent via email starting Sept. 28 to over 175,000 students at York University, OCAD University, the University of Toronto and Ryerson.

This survey is over a year in the making. Last fall, presidents from the four universities met to address issues that affect the quality of life of their students. The presidents found that transit was an ongoing problem not only for students, but for the city.

They then commissioned Student Move T.O., a group of professors, academics, researchers and student volunteers from across all four universities, to design and implement the survey. The plan is to collect data on how students move across the GTHA over the next two months. The data will then be made public so that transit authorities, students and stakeholders can make informed decisions.

“With that (data) you can make informed and evidence-based demands to universities or to transportation authorities,” said Mitra.

According to Chris Harding, a PhD student with the University of Toronto Transport Institute, and a member of the committee that designed the survey, this is because of the way most surveys are executed.

Regional transit surveys, such as the Transportation Tomorrow Survey (TTS), are conducted once every four or five years and call landlines to collect transit and commuting information. While students sometimes participate in these surveys, it is usually a homeowner or other family member who responds. This means that students’ commuting data isn’t often recorded, Harding said.

Other transit surveys are conducted by university sustainability offices and involve students directly. These, however, usually provide basic or patchy information and represent only a small percentage of student populations.

Harding says the new survey is a hybrid of both, and it will ask both generic questions about transit as well as specific details about the various ways students commute. This includes public transit, walking and cycling.

While Harding says having all 175,000 students respond is the ideal, even a 10 per cent unbiased response rate would provide substantial evidence to facilitate change.

“Your one opinion alone, while informative, is anecdotal evidence. But what happens when you have 20,000 responses, 30,000 responses or more in a region, is that it stops being just an anecdotal piece of info,” Harding said.

On Sept. 21, Student Move T.O. held a launch event for the survey at Toronto City Hall, where students and representatives from Metrolinx, York Regional Transit and the Toronto Transit Commission discussed issues and solutions for the GTHA’s transit issues. For Matti Siemiatycki, the event allowed for an insight into what students want from their transit systems.
“It’s not just about where the next subway line is going to go … sometimes it’s the little things, like how the service is co-ordinated or what type of (bus) shelter is available,” said Siemiatycki, an associate geography professor at the University of Toronto and one of the co-ordinators of Student Move T.O.

Siemiatycki, along with other researchers including Mitra, believe that the public data from the survey, once available, will not only help shape future development in the GTHA, but also be useful as a teaching tool or in other academic fields like economics or urban planning.

“The possibilities are endless,” Mitra said.

Ryerson president Sheldon Levy says that public transit is an issue that’s coming to the forefront as more and more parking lots near campus are developed, as car commuting has become an expensive option.

“If public transportation was important, it’s going to become even more important,” he said.

He noted that Ryerson needs to take into account how all transit development in the city could affect campus. The York University subway extension, for example, could mean more York students heading to the downtown university campuses.

“You would ask yourself: in fact, is it going to put more pressure on U of T and Ryerson … when the students from York Region can hop on the subway and go downtown?” he said. “Where are they going to go downtown? Thank you very much, Yonge and Dundas.”

Wab Kinew to students: voting is just one step towards reconciliation